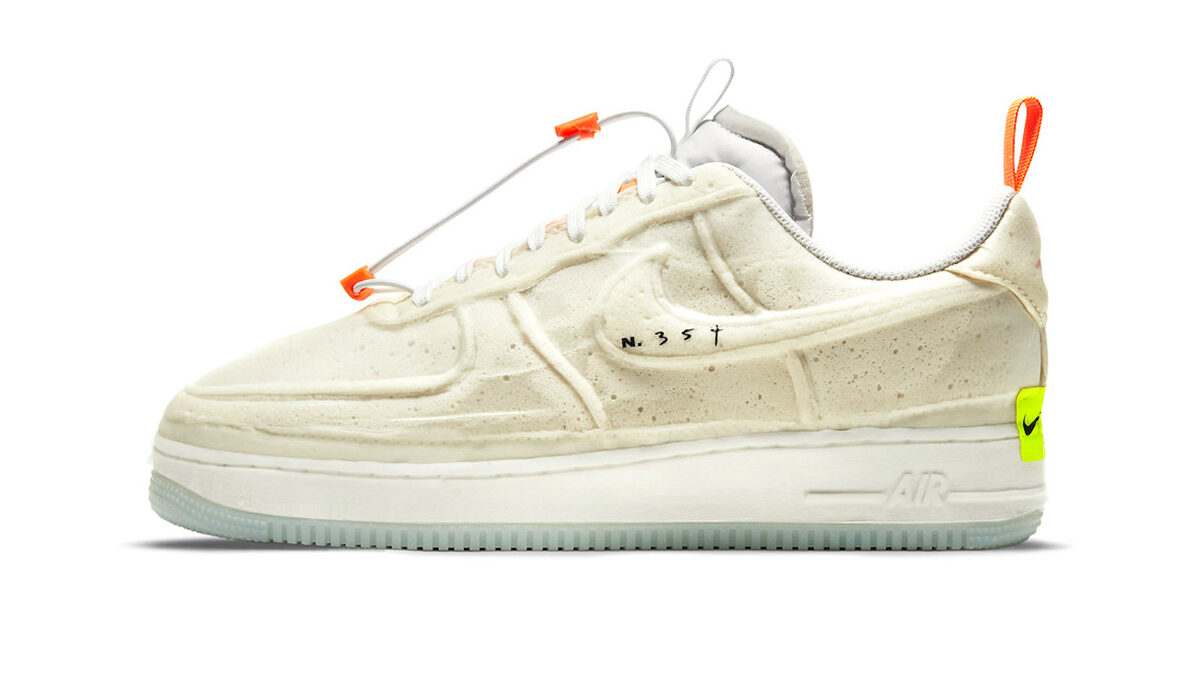 Nike has just offered a brand new spin on its Air Force 1- Type. Part of the footwear giant’s N. 354 subline, the new colorway is dubbed “Experimental Sail” and features the uppers that are entirely wrapped in foam.

Two ripstop pull tabs are present at the top of the shoe, at the heel and tongue, complemented by a set of drawcords and laces around the forefoot. Aside from all these details, all the shoes are coated with spongy “Sail”-toned foam inspired by oxygen masks used in Nike’s research lab — rest assured you can still distinguish each panel on the shoe. “N. 354” branding is thinly etched over the shoe’s side Swoosh, while a fluorescent patch label is placed at the lower heel. All of these features rest over a crisp white midsole, underscored by an icy semi-translucent outsole.

Though no official release dates have been confirmed, Nike’s Air Force 1-Type N. 354 “Experimental” is expected to drop in the coming months on Nike’s website for $110 USD.

Taking a closer look at the New Balance 1300JP