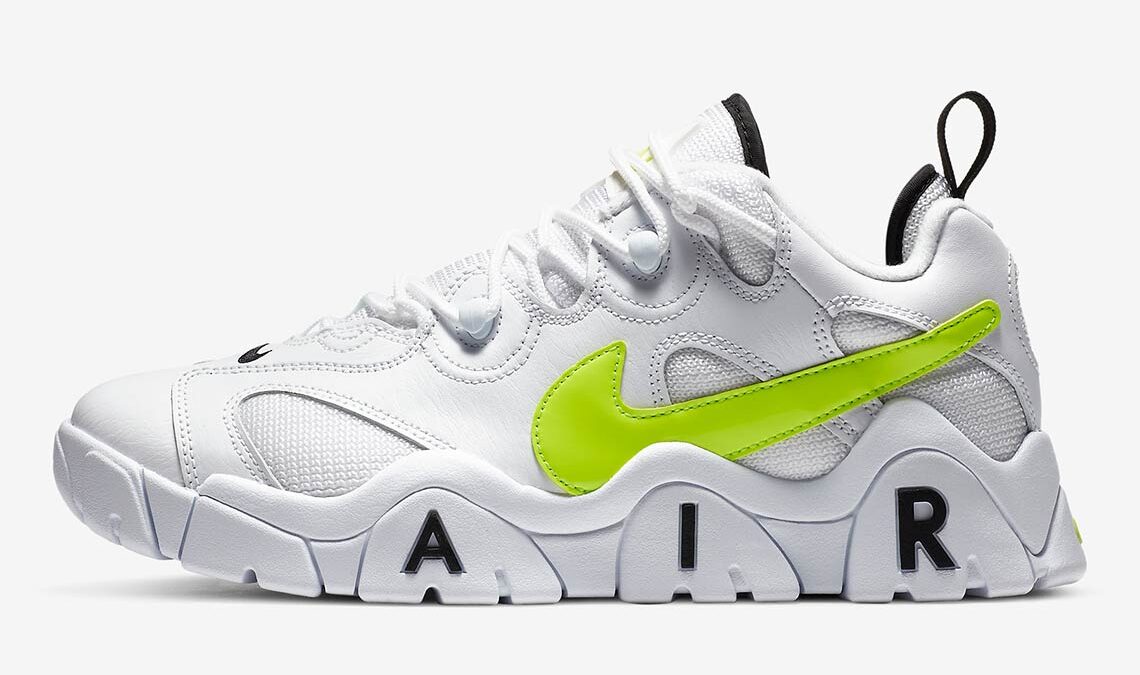 Nike gives the Barrage low a series of new yet simple colorways.

For starters, Nike has chosen a colorway which is white overall but has a touch of a saturated volt tone and a bit of black for detailing. The upper of the shoe consists of white leather and mesh and the sole of the shoe is also completely white in color. Talking about the details, the Swoosh is the usual barrage low swoosh which are comparatively wider than the other pairs. The color used on the swoosh is fluorescent volt color which also appears on the heel and tongue but are comparatively smaller in size. The unusual thing about the pair(all the air Barrage) is that the left pair has reverse swoosh on the toe box (black), outsole and tongue (saturated volt). Black detailing has been used in the top of the tongue and heel.

Set to drop soon, this pair will retail at $130 and will be available on the Nike online store.