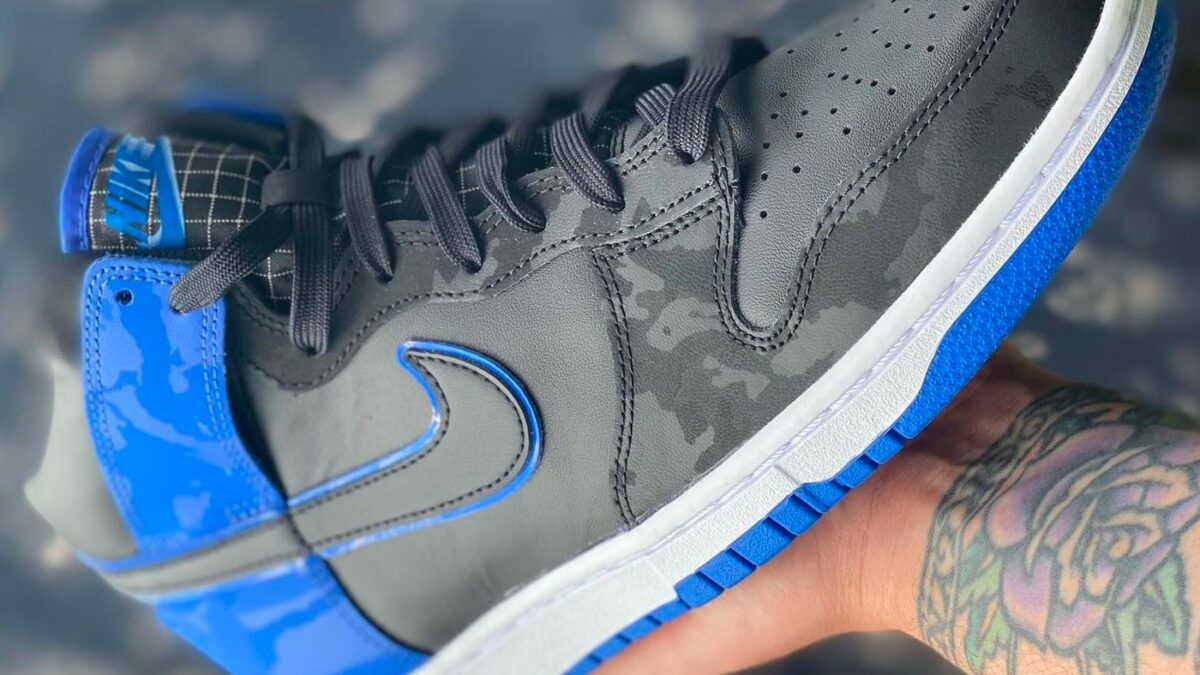 Amongst a massive number of recent Nike Dunk High drops, one version arrives in a colorway resembling the Air Jordan 1 “Royal” with a mix of subtle patterns and textures.

This most recent iteration clubs a smooth black leather base with a literal black camouflage pattern over the eyestays and around the toe box. A similar camouflage pattern can be spotted in the royal blue version placed on the heel overlay while the main lateral Swoosh is outlined in a blue patent. The Nike logo embellishes the tongue in blue and a 3M grid pattern is rolled onto the rest of the tongue. The bold white midsole slid under with a blue outsole completes the design.

Expect the new Nike Dunk High SE edition releasing on Nike’s website and at select retailers in the coming months priced at a retail of $120 USD.