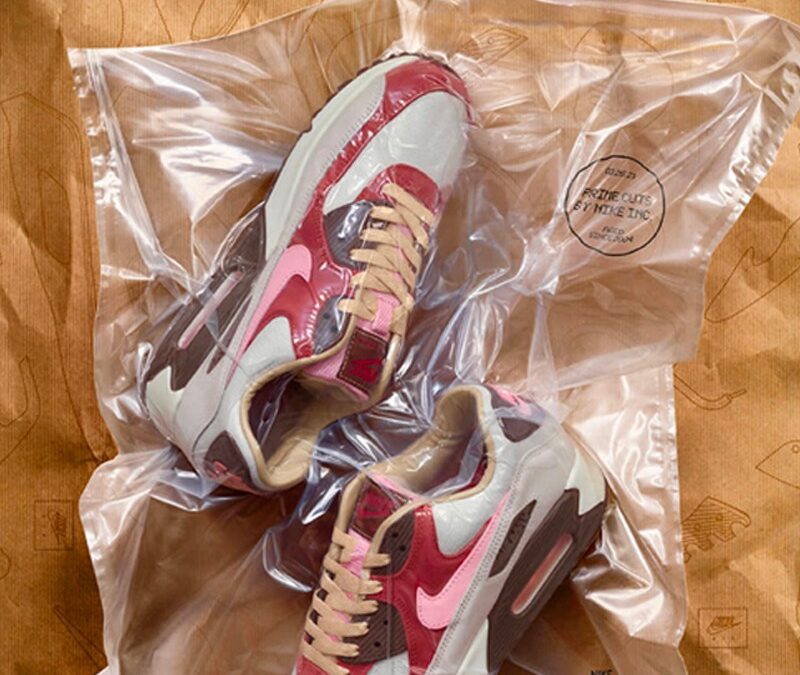 Ahead of Air Max Day 2021, Nike has officially announced the re-release of Dave Oritz’s bespoke AirMax 90 “Bacon” from 2004. Originally created in partnership with Oritz and Chris Keefe’s now-shuttered Dave’s Quality Meat and influenced by multiple hues seen in a strip of a bacon, the “Bacon” is one of the most iconic Air Max 90 colorways ever. This retro marks its first re-release, 17 long years after it debuted. “Salt” and “Straw” are the two primary colors used, appearing on the leather toebox and quarter plus the suede mudguard. The colors that drive the word “Bacon” are rich red present on the midfoot, below the throat and on the toe cap plus the lively pink on the Swooshes and tongue alike. Brown is incorporated into the mix on the eyestays, midfoot window, tongue tag and heel badge – the last two pieces of which boast red (tag) and pink (heel) Nike sportswear branding. This assemblage falls in line with the original pair. Two-tone tan and brown midsoles a pink Air Max unit and work with a brown outsole to complete the look. The shoes comes with a packed trifecta of lace options.