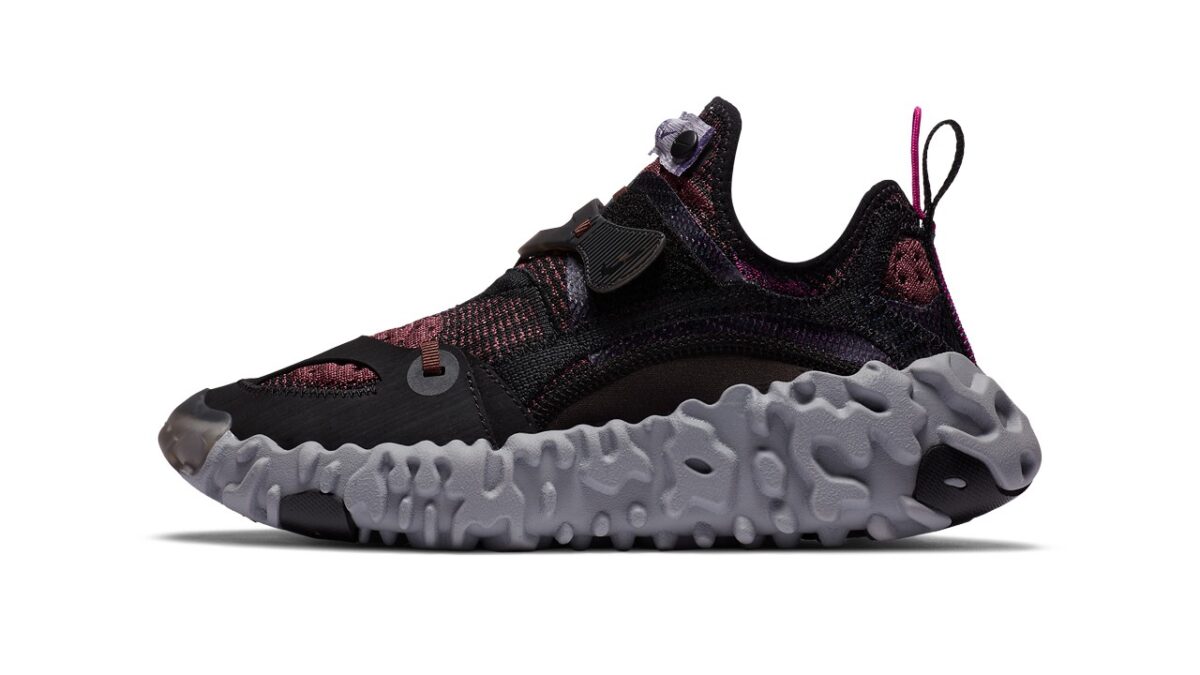 With the hybrid OverReact — a half sneaker, half moccasin hybrid — and now it’s brought the React-equipped silhouette over to August with a rich new “Shadowberry” colorway Nike ISPA has began the rollout of its Fall 2020 collection. Dark hues mixed with a conceptual construction, the “Shadowberry” is a fitting addition to the Nike sub-label’s lineup.

Built of black and burgundy Flyknit is the upper, bolstered with synthetic black forefoot overlays and black suede half-circles on the lateral and medial quarter. The top half’s pièce de résistance, however, is the lacing system.A single grey Swoosh is present on each forefoot, and heel tabs are held down by a fuchsia cord.

A single thin fabric strap ping-pongs from the lateral forefoot to the medial midfoot, during which it’s concealed by the toebox’s top layer, this silhouette has minimal in build but maximal in technical detail. Fabric tongue tags add a final dash of flair up top. The strip then rises up into a rubber fastening where it’s secured by Velcro and wraps back around to the medial collar.

The outside edge’s geometries are culled from past React models like the React Element 87, strobels have been removed so thick slabs of React foam sit directly under the wearer’s foot for maximum feel and comfort and black outsoles complete the look.

The “Shadowberry” is set to release on Nike SNKRS come September 10, and is priced at $180 USD.