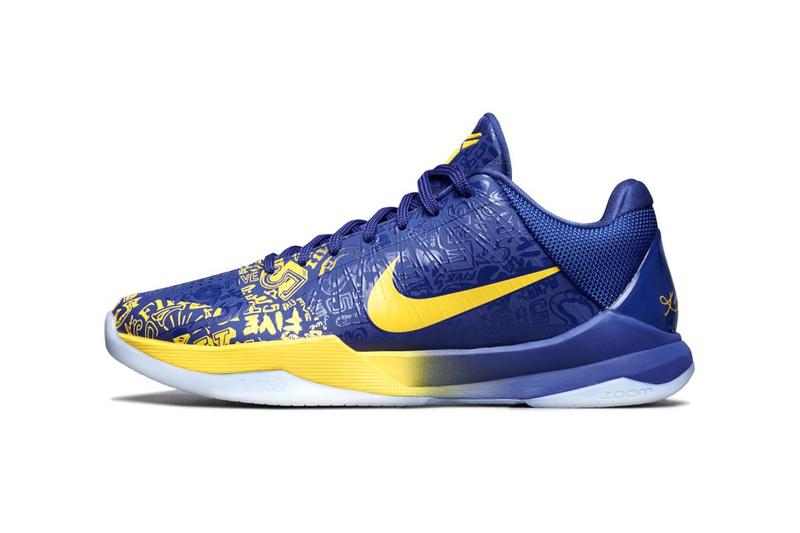 Nike Basketball is pacing up its extensive Kobe 5 lineage with the Kobe 5 Protro “5 Rings,” a vibrantly hued salute to championship greatness. First launched a decade after Kobe Bryant claimed his fifth and final NBA Championship with the Los Angeles Lakers, the performance sneaker rocks a bold color palette and is covered in championship-centric details.

Uppers are mostly dressed in a rich blue “Concord” tone, but add bright yellow “Midwest Gold” highlights on the forefoot, Swooshes, tongue’s sheath logo and heel’s Kobe autograph. An all-over print combining several “5” graphics and snake details stretches from the toe cap to the midfoot to pay homage to Kobe’s fifth title. Underneath, midsoles serve up a yellow-to-blue color palette and come with Zoom Air cushioning for a responsive feel. Semi-translucent outsoles sum up the basketball sneaker

The Nike Kobe Protro 5 “5 Rings” is geared up for a September 30 launch date via Nike SNKRS Korea, and is priced at $180 USD.

PLEASURES and Reebok collaborate once again