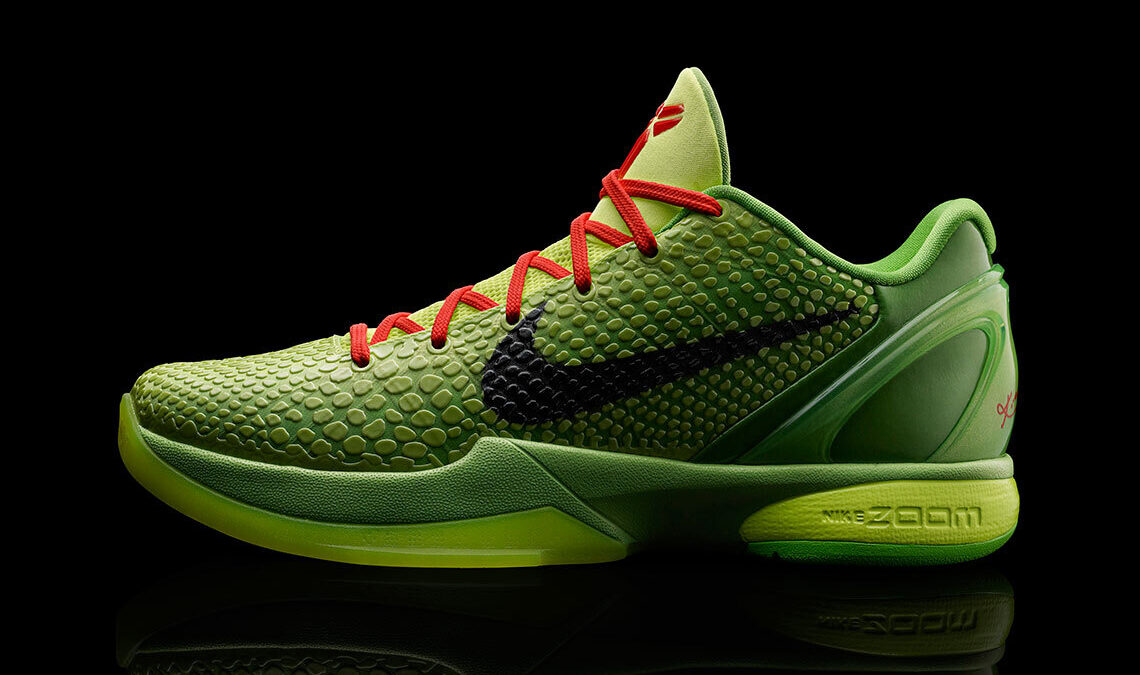 Rumors were flying for a while recently, concerning the release of the Kobe 6 Protos for next year, and the first thought that went through the minds of the sneakerheads was if Nike re-released the widely popular “Grinch” colourway. Although Nike has yet to confirm this, or even the re-release of any of Mambas merch for that matter, social media handle @zsneakerheadz has just announced that the iconic Christmas kicks, from way back in 2010, may get a re-release in 2021.

This colourway is arguably the greatest of Kobe’s signature lineup, and maybe even the best Nike basketball shoe to release, and would definitely make fans happy, as the resale value on these pairs has gone up to $3000+, after Kobe passed away. If they do release in 2021, the retail price tag would probably be around $190.