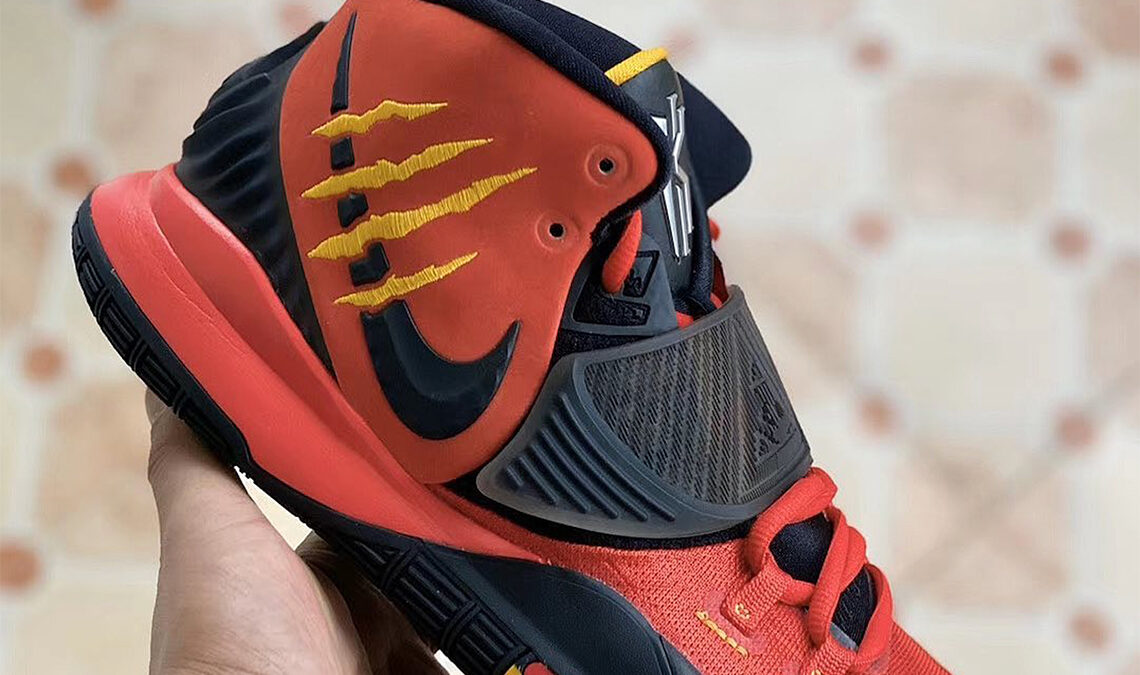 After returning to the floor as if he never left, Kyrie Irving racked up a smooth 21 points going 10/11 from the field that assisted his Brooklyn Nets in a blow out win over the Hawks last night.

The crossover-king’s abilities on the court clearly have seemed to have kept their “Mamba Mentality” in tact, so it looks as though his sneakers are aiming to do more of the same as the Nike Kyrie 6 has just emerged in a brand new “Bruce Lee” colorway.

In terms of its overarching theme, the basketball option’s decor dedicated to the iconic martial artist is adopted from its Kyrie 3 predecessor as its palette sticks to the traditional trio of red, yellow, and black, as well as the slash marks that now find themselves breaking up the lateral Swooshes.

However, this forthcoming iteration flips its customary tones by allowing the red hues to serve as the main attraction and allowing the yellow/black accents to follow its lead. It’s quite possible that these were inspired by a Kyrie 3 “Mamba Mentality” sample from 2018 that color-blocked it’s hues in a similar manner, but unfortunately never released to the public.

Keep it locked as we receive word of its official release.