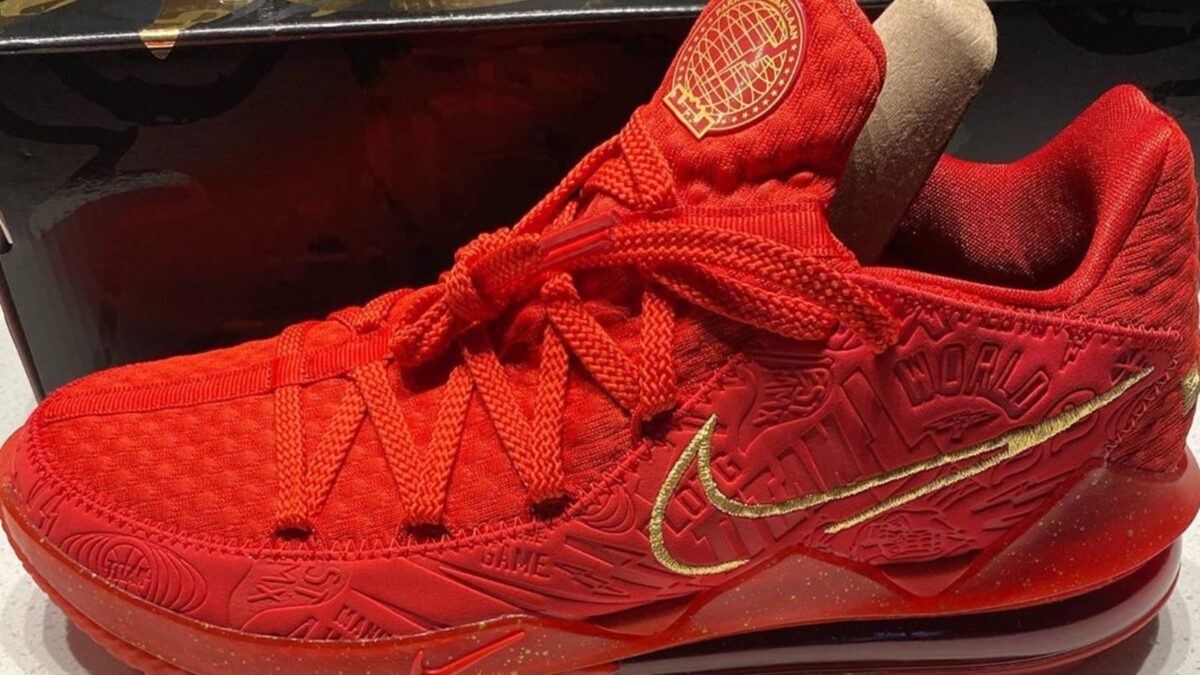 In recent times, LeBron James’ special connection with Filipino fans has been commemorated with the special “Agimat” collaborative collection of sneakers, with Manila’s Titan; the first of which was the 2018 release, the LeBron Soldier 12, followed by the LeBron 16 Low, both of which were themed around the navy. We now have a clear look at this year’s collaboration, thanks to Frankie Walker, James’ right hand man. The “Agimat” Nike LeBron 17 Low changes things up, ditching the navy theme for an all red upper, which is completed with multiple embossed symbols and logos, connected to the Philippines, such as the returning shield and bolt. The lightning bolt represents power, while the shield represents the traditional armor of the Bagobo tribe. We also see gold accents which provide contrast on the swoosh, and tongue.

As of now, a release date has not been announced, but watch out for any updates from us.