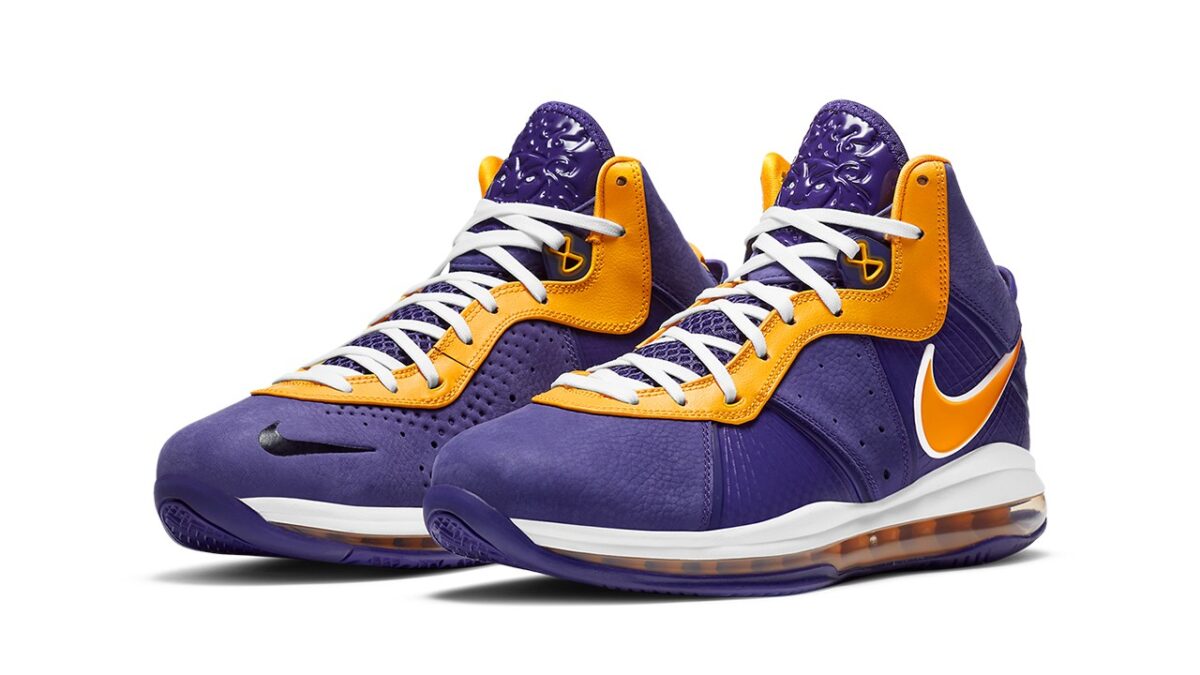 With the NBA season to begin its initial games in the next few days, sportwear giant Nike is pampering Lebron James for his 18th year with the brand. To celebrate the anniversary Nike will be dressing the Lebron 8 in the Lakers color scheme. This also marks the silhouette’s official appearance since the “Gym Red” colorway.

The shoe is crafted in a mixture of tumbled leather panel and Flywire synthetics at the lowest layer. The tongue receiving heavy attention with James’s habitual lion insignia and a gloss finish. The swoosh, sockliners, heel windows and throat overlays also getting a “University Gold” trimming. The shoe strings set to arrive in classic white while hints of black were spotted on the forefoot. Shades from the 2019-2020 jersey made its way onto the swooshes. Going to the basement, the sole arrives in the Air Max cushioning till length in gold rounded off with a purple treading.

With no release date yet, you could expect a Nike webstore release or expect the pair at select retailers before the end of the year.

Reebok Is Building a New Legacy for the Club C

Taking a closer look at the New Balance 1300JP