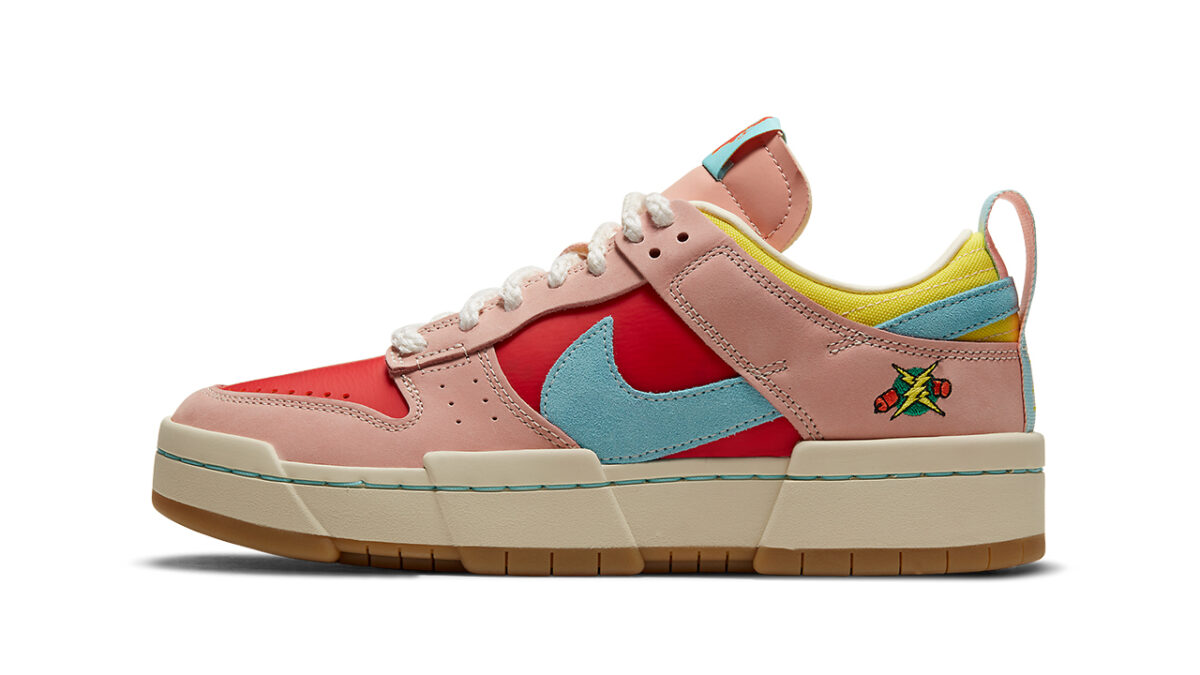 For the impending Lunar New Year festivities, Nike is locked and loaded with a lineup of celebratory footwear and one of the entries scheduled to be stocked on the shelves is this Dunk Low Disrupt “Firecracker” for women. The vivid take goes full throttle with multiple vibrant hues to color in its upper and comes packaged with unique wrap and packaging details that assist in echoing its Chinese motif.

This iteration rids of the busy graphics, and instead focuses on base layer paneling that’s styled with a cleaner look, unlike its release sibling in the Nike Dunk Low “Firecracker”. Dusty pink suedes overlap on top, the latter featuring an embroidered firecracker logo placed towards the rear, while a bold red hue makes up the toe boxes and quarter sections. More bright accents are present on the ankle collars which are dyed in yellow, as well as the tongue/heel tabs and Swooshes which are backdropped in a sky blue. Additional details include the insoles which also feature firecracker imagery, the tongues which depict an image of a girl playing with the festive booming devices as well as the rope laces which channel a similar aesthetic to Travis Scott’s Nike SB Dunk collaboration.

Down below, the blocky midsoles are prepared with a light tan outer and arrive paired with bright blue exposed stitching. A full gum outsole strings everything together. Furthermore, these culture-influenced kicks come wrapped in all-red paper when you receive them and are housed in a special box that dons CNY-esque firecracker graphics on the outside.

Reebok Is Building a New Legacy for the Club C