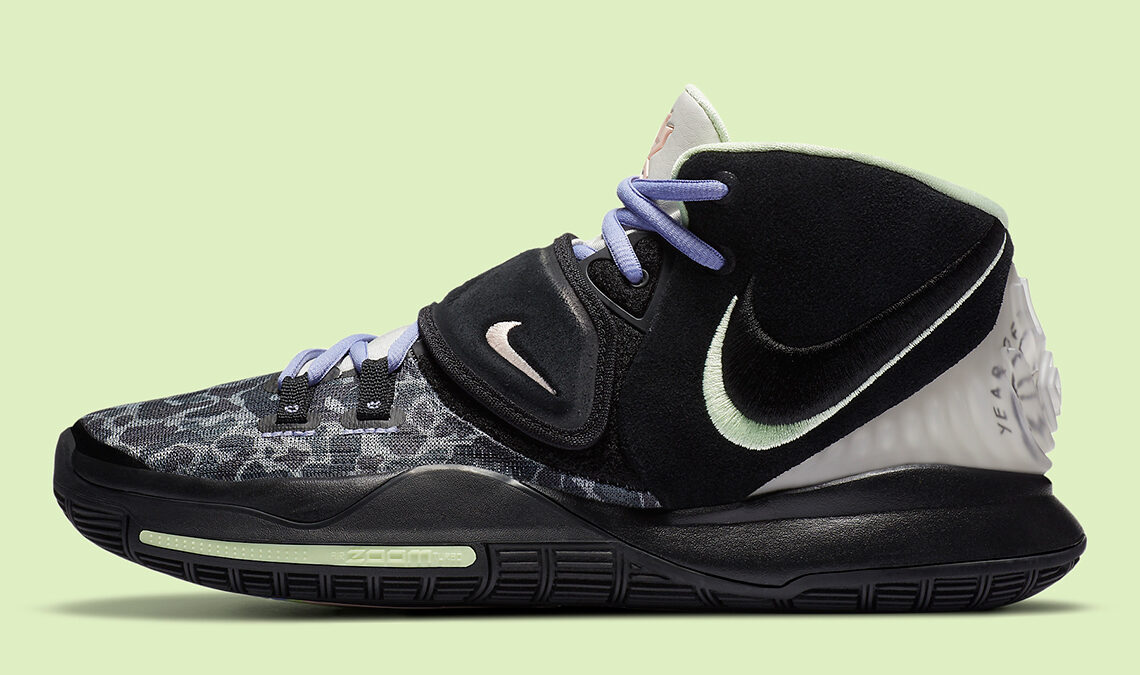 Kyrie Irving is known for creating unique concepts and colorways for his series of sneakers. After creating the all new Kyrie low 3 and S2 silhouettes the collaboration has created a new design for their popular silhouette. Previously Nike had created colorways inspired by characters from Spongebob squarepants, Egyptian motifs, murals and halloween and now the collaboration has created “Asia Irving” colorway for the Kyrie 6, to honor his sister. The Nets superstar honors his older sister through multiple sections of the shoe by printing out her moniker on the medial wall both along the strap and in reworked fashion just above the midsole, as well on the and right side tongue. The details of the shoe include a black colored upper  camo patterns on the midfoot/toe box and a pink colored swoosh embroidered on the side panel, a mid strap with “ASIA” embroidered in white color and white colored heel counter has “Year of the women” and is covered with a translucent panel. It will be launched for $130 in a few weeks.

23 Things You Most Probably Don’t Know About Air Jordans