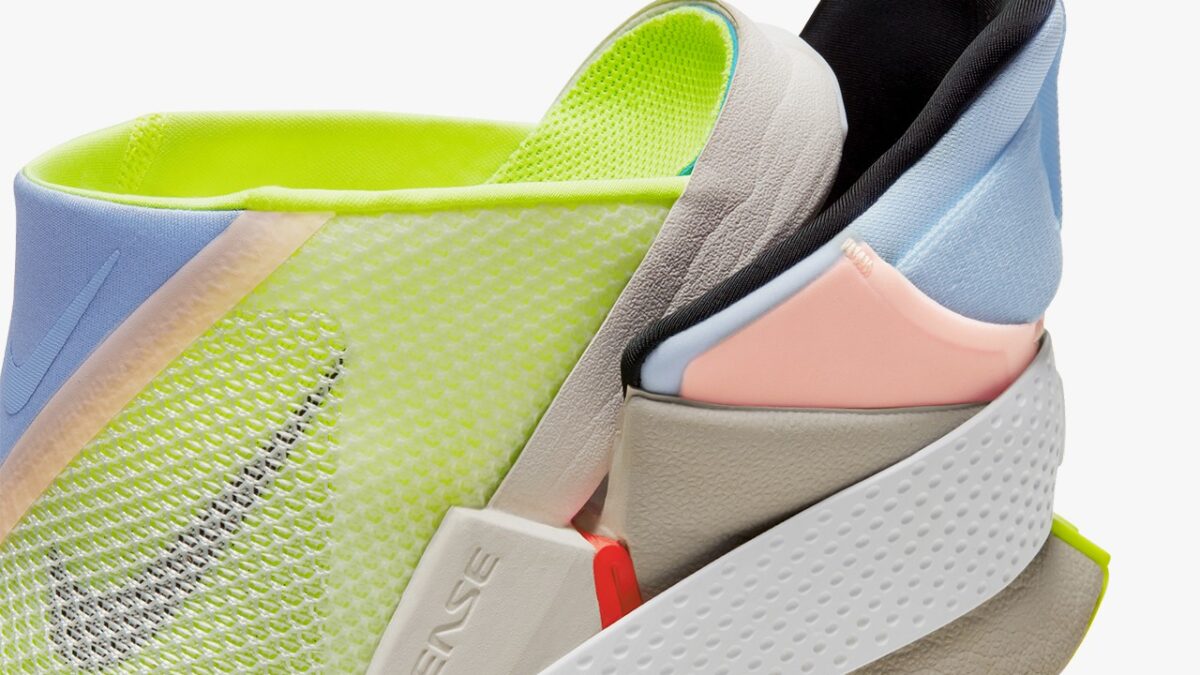 Sportswear giant Nike recently unveiled its all-new GO FlyEase sneaker, characterized as the brand’s first hands-free sneaker. The sneaker gives one the maximum ease of access thus reducing the effort to put on or kick off a pair of sneakers.

The shoe’s ability of ease is built around a bi-stable hinge giving it more security during open and closed states. The Kickstand heel is another feature present in the shoe crafted to simulate how people kick off their shoes with no damage to the heel design. The “Diving Board” on the other hand gives an undisturbed footbed for prolonged comfort and improved stability. Last but not the least, the tensioner band added by Nike freezes the shoe in its open or closed positions.

Seeing the technicalities in the shoe, the Nike GO FlyEase does not limit itself to the feet of athletes but is also suitable for anyone on the go. On the topic of design, champion fencer Bebe Vio stated, “Usually I spend so much time to get in my shoes. With the Nike GO FlyEase, I just need to put my feet in and jump on it. The shoes are a new kind of technology, not only for adaptive athletes but for everyone’s real life.”

The pair is set to release via invite for select Nike members on the 15th February followed by a wider release in due time.

Nike adds the Air Foamposite One “Barely Green” to the All-Star 2021 lineup.