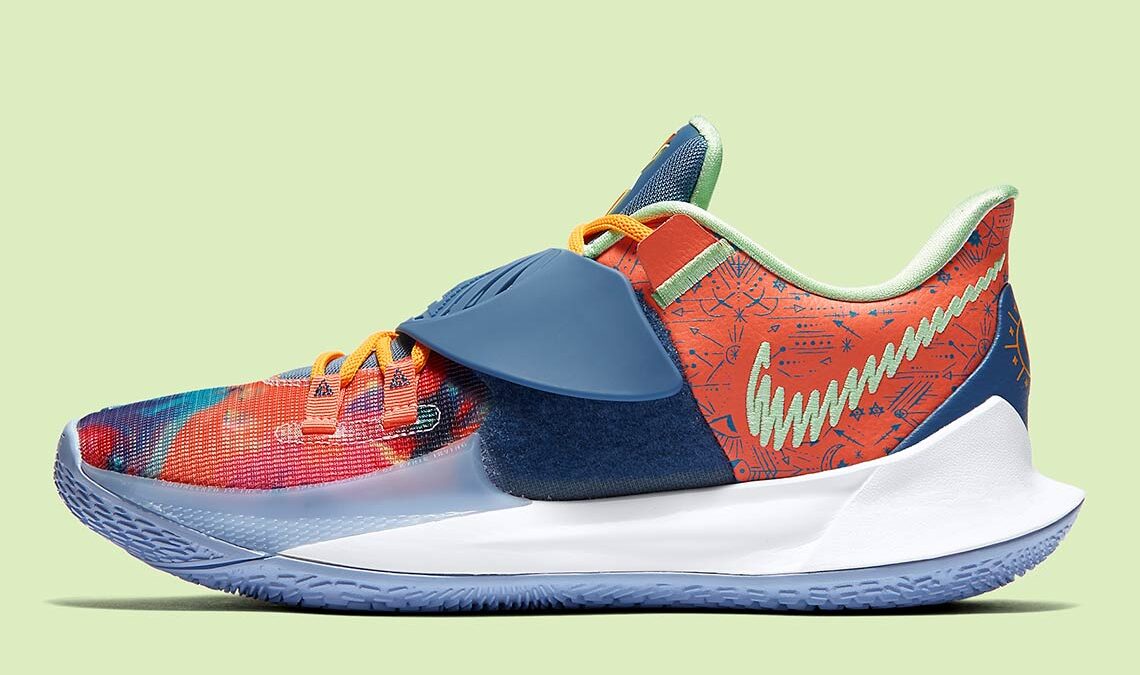 When the Kyrie 3 Low first released, Nike started off making the pairs in simple and quiet basic colorway. But like we have seen the choice of colorway is hugely determined by the athletes personal choice, Kyrie always had a thing for bright and loud colors since his first signature shoe was dropped.

Well, this Kyrie 3 has a very unusual colorway and detailed, something which you probably might have never seen! This is a multi colored shoe which contains detailing inspired from cave art and hieroglyphics. Not strange choice for a man who believes that the Earth is flat!!!

The toe box of the shoe contains a fluid art like pattern, the side panels are orange in color with ancient symbol like detailing, a very unusual scribbled swoosh on the lateral side  and an ancient Sun cum Moon symbol on the heel. The laces are orange in color whereas the inner lining and insole are barley volt in appearance. The straps above the heel are blue in color and contain Illuminati eye like design which was seen previously too. The light bluish outsole continues to the midsole for superior grip and improved ball handling movement; an essential element of it’s functionality.

This pair is set to release in the upcoming months and might turn out to be one of the best low top Basketball shoes for all the athletes out there!

THE SACAI X NIKE BLAZER LOW IS WORTH THE WAIT