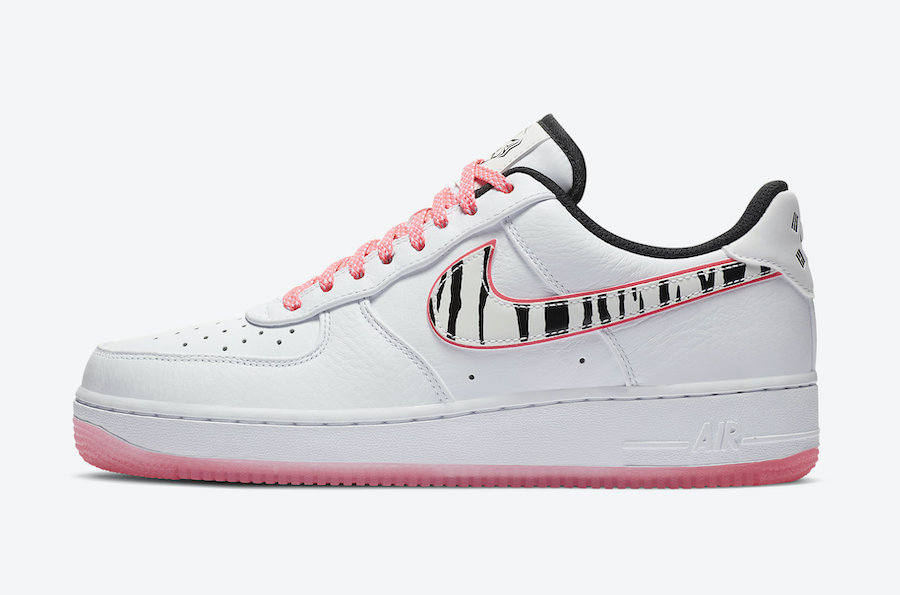 Nike is set to release an all new colorway for the iconic Air Force 1 called the “White Tiger”. The “White Tiger” colorway will appear on the new Nike Air Force 1 to honor the South Korean Football club. The upper of this colorway remains with an overall white color, but swoosh features stripes similar to a tiger’s skin and the South Korean football club’s logo on the tongue. The midsole remains white but the outsoles but the right shoe has a translucent blue and left has transparent pink outsole with same colored shoelaces respectively.