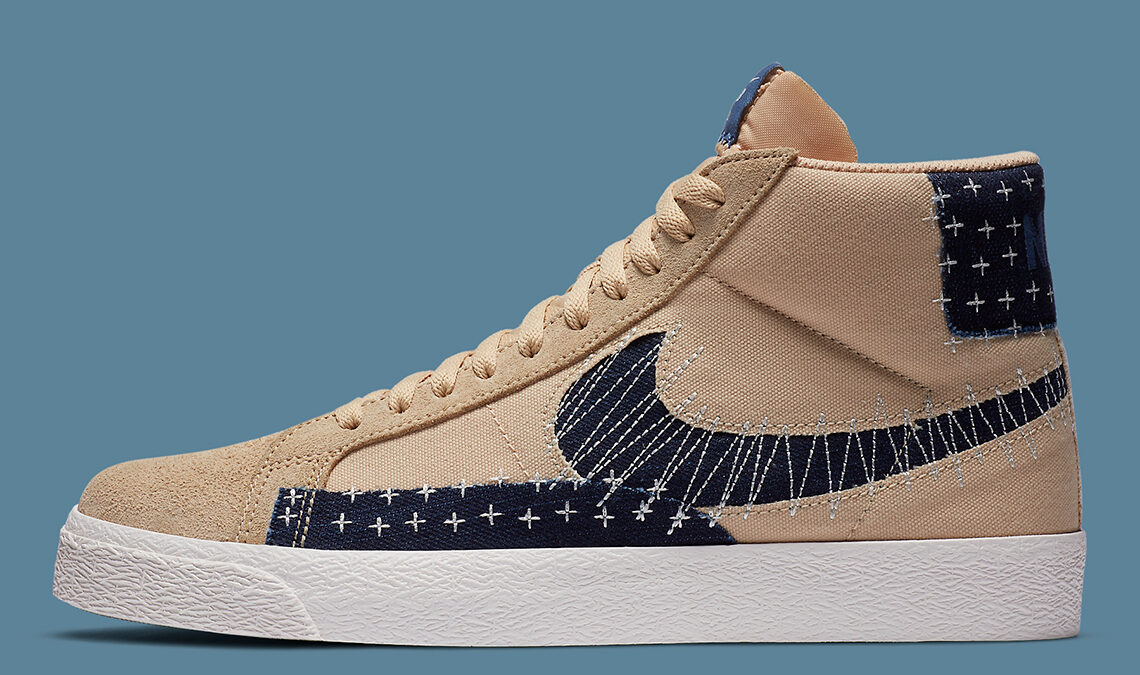 The Nike Blazer Silhouette has been the choice for many collaborations and is undoubtedly one of the best and Design friendly sneaker to rework on. Even recently we have seen many variants such as the oversized swoosh one or the one with thermal colors! Blazers have been one of fav choice for designers to experiment on.
Coming to this recent Nike Mid Blazer, the experiment has been carried out by the SB label itself. Not just a unique colorway has been used, but a change/innovation has also been observed in the field of material and minute detailing have been incorporated which changes the look and feel of the sneaker completely!
The first thing that you would notice will be the denim which had been used in the swoosh, side panel and heel panel too. The use of denim on sneakers has been done by the brand earlier this year too. The denim patchwork swoosh has been stitched in a zig-zag manner throughout, both on the lateral and medial side. A contrasting white colored thread has been used for that purpose. Talking about the side and heel panel, they have a cross type embroidery scattered in an overall manner. The rest of the upper is “sesame” canvas expect for the toe box which has the same time but is made up of suede. The there is a Nike branding on the tongue on the chambray colored tongue tab.
If you look at the sneaker, you might fall for the notion that it is highly inspired from the Travis Scott SB dunks in both its color pallet and usage of material. This will retail for about $85 and is expected to drop very soon.
Stay tuned for more updates!!!