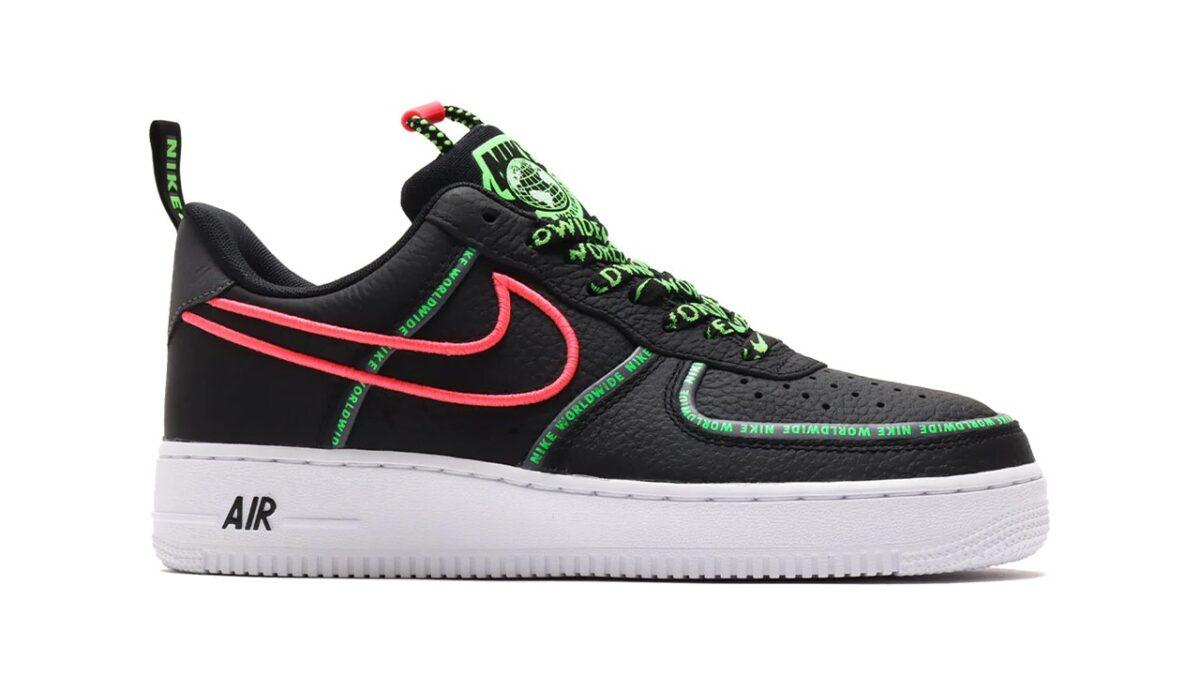 Nike has reworked on its “Worldwide” pack which was released last month, but this time black colorway with “Green Strike” and “Crimson Flash” highlights has been used instead of white.

In this Pack two iconic silhouettes have been worked upon; an Air Max 95 and a Air Force 1. Both the silhouette carry the same set of colors but are very different in appearance because of the difference in detailing and the silhouette of course.

The Air Max 95 version has a full black upper. The tongue of the shoe carries a special motif of a globe which is incorporated into the Nike logo. Other detailing include a small pink tag on the lateral side, Small Nike logo near the heel in Flash Green and crimson border combination, Worldwide text on the toe cap and grey graphics on the side panel. The shoe has a contrasting white Midsole which boasts the tinted Nike Air unit.

The Air Force 1 again has the same motif/logo on the younger but there are slight changes in the details. The swoosh logo is crimson, although it’s not color filled. The different panels are have strips on the perimeter with a text “Nike Worldwide” in Green strike which is also visible on the flat laces. There is a strip present on the heel originating just below the notch and a elastic loop on top of the tongue too. Just like the AM 95, this shoe also has a white mid sole and the “AIR” text on it is black in color.

Puma unveils the "Unity Collection" to celebrate sportsmanship and unity