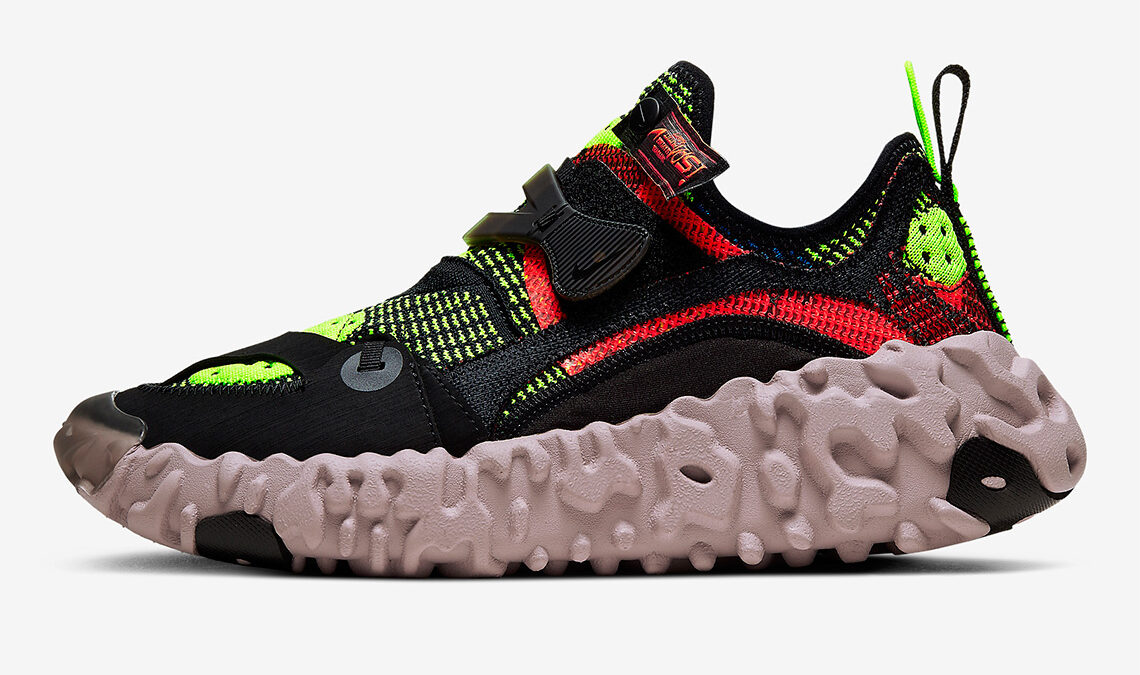 The latest ISPA line of sneakers surely is one of the most stand-out line and Nike wants to deliver their message from this line that they are not afraid to step out of their zone. Trying out different things with their ISPA collection led fruitful results when they released their Nike ISPA react 720 series which was surely a something everyone wanted to try on.

The latest Nike  ISPA Overreact is limited to 8000 pairs and we just don’t know how it became a piece of footwear with its alienated design. First looks of the shoe gives us a rough idea that the sneaker is outdoor and runner oriented with heavy midsole on the shoe providing sole purpose of utmost comfort. The “sort of ugly” and chunky midsole is like a piece of rugged rock is laid below the flynknit upper.

The react sole units are literally exploding out of the midsole and makes it trail friendly.

Upper has many things to offer,  with its flyknit upper and the vamp lock down clips amidst the colorful overlays running on the flyknit. The pull tabs on the heel add some usual sneaker features to the shoe with minor 3M detailing at the back.

There are two colorways in this lineup one is in  jet black upper with neon green and orange spectrum on it and other one is little subtle in style with earthy beige colorway with red and indigo fibers running atop.

The sneakers are scheduled to drop on Nike.com on July 9th.