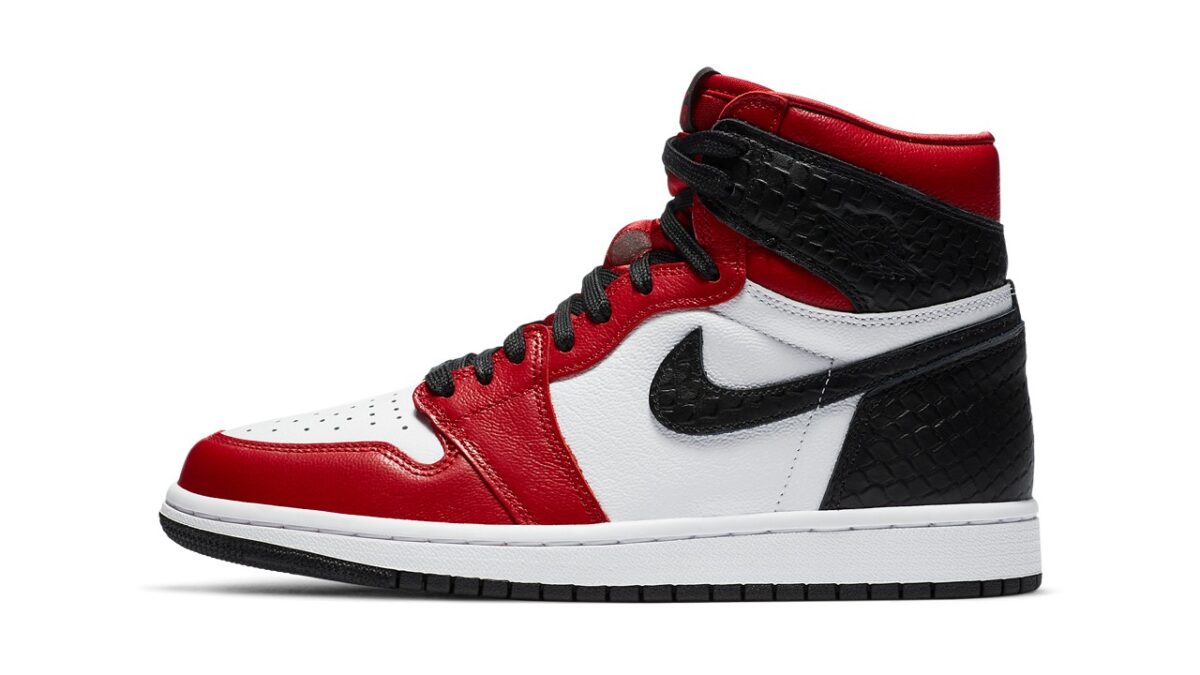 Although revealed in April and even after being announced that it will be a part of the brands fall collection, the brand has now given an official look of it’s upcoming Jordan 1 “Satin Snake”.

Although being very similar to the Nike AJ 1 “Satin Black Toe”, which was a women’s exclusive from 2019, this shoe sports a classic color blocking scheme and is constructed out of luxurious and premium material to create a luxurious lifestyle vibe. The color palette of this shoe consists of Black, white and red. Red appears on mudguard, eyestays, collar underlay and tongue where as the vamp and the quarter is dressed up in white. The special thing about this shoe is the black panels on the Swoosh, collar overlay and the heel which sports a snake skin texture; hence it’s name. White midsole and red outsoles complete the look of the shoe.

This shoe is set to release on 6th August via Nike SNKRS and will be later available in men’s size as well. Retailing at $170, scroll down to grab a look at the Air Jordan 1 “Satin Snake”.

The journey of DOPE

Could This Be The Next Travis Scott x Nike Air Jordan 6?