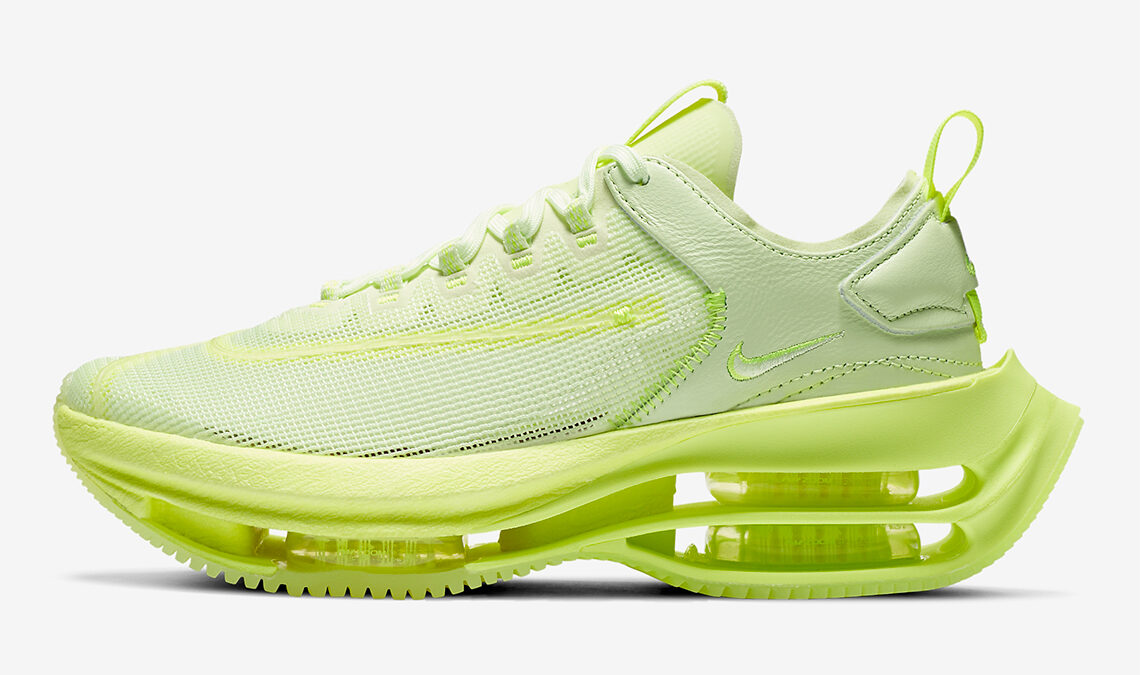 Nike has been known for bringing new technology and concepts in the sneaker game forever. Their ability to blend style with technology has always given them a headstart in this competitve business. Nike mostly focuses on ISPA and N.354 series to bring out something new which is stands out in its own way. But this time seeing the likes of Nike’s investment in running sneaker technology and mixing it up with sacai’s double stacked theorem , we get to see a whole new silhouette called the “Nike Zoom Double Stacked”.

This model features a loud and aggressive style to it and is the bridge between the high fashion trends and the new technology.

The wedge like sole of the sneaker cushions the forefoot once and the heel twice, with the Zoom Air cushioning. Double Zoom Air units can be seen easily from the translucent midsole. The upper is hued entirely in “Barely volt” colorway which matches with the midsole and the outsole. The overlayed accents, swoosh and laces ; eveything is covered in neon to match the entire sneaker. The swoosh branding on the shoe is kept minimal as the lateral part of the shoe has a thin Nike swoosh in the same color tone and another unfinished swoosh arc in TPU on the forefoot gives it a unique touch.

The shoe is gonna drop on Nike.com and select retailers on July 2nd for a retail price of $230.

Salehe Bembury Is Selling Off His Personal Wardrobe on Grailed