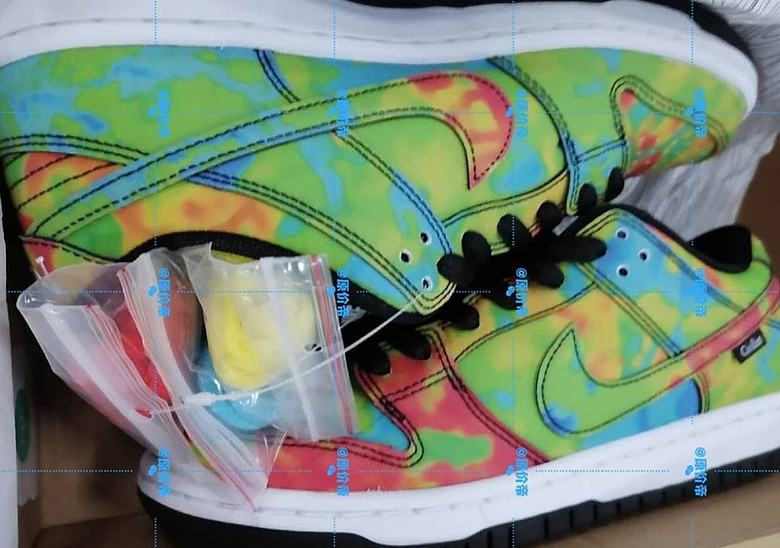 Nike has always been very creative and expressive with their flagship Dunk low. They have often opted to a variety of colors and taken unique design inspiration to cater to the mass audience. Being one of the most popular silhouette of this year, Nike is giving it’s best to promote this Skateboarding shoe. With its recent return along with the Ugly Duckling pack, pictures of its loud “heat map” colorway has recently surfaced. This makeover was formerly seen on AF 1‘s and Foamposites.

The upper of this shoe is primarily covered up in green and blue with dark red accents made randomly. But it’s just an assumption that the shoe might be cover up in a heat sensitive film that adjusts when touched or exposed to certain temp! If not so, then the colorway has been provided by keeping that concept in mind at least. The look of this shoe is completed with white mid-sole and black out-soles with the traditional tread pattern. The small tab that hangs below the swoosh might be a hint that a collaborator is also involved in the making.

Scroll down to grab a look at them and stay tuned for further updates!!

Nike might bring back the Galaxy print of past years.