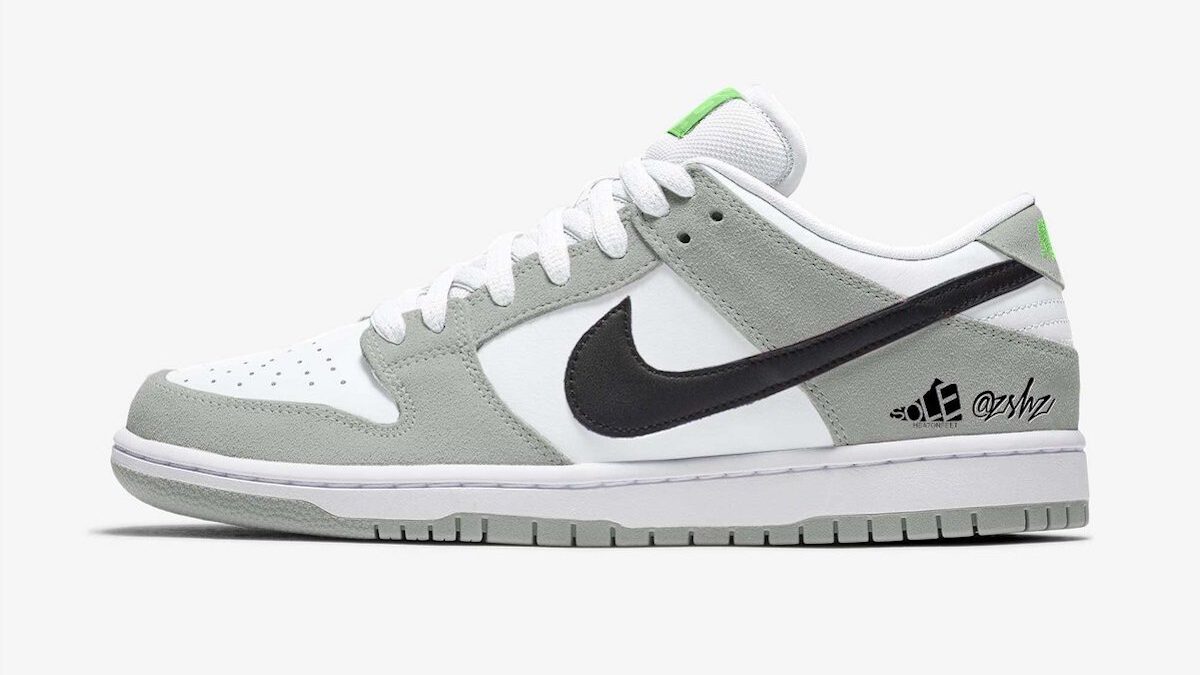 The Nike SB Dunk will now be arriving in the classic “Chlorophyll” colorway. The colorway was popular amongst some popular silhouettes such as the Nike Air Trainer 1 and Air Jordan 3 namely.

The shoe is majorly dressed in tones of Medium Grey, White, Chlorophyll and Black. No official photos of the pair have leaked as of yet but based on assumptions the pair will arrive in a white leather base and grey suede overlays. A black leather swoosh and Green branded accents on the tongue, heels and insoles. All of which rests on a white midsole while a grey rubber outsole concludes the shoe.

The pair is expected to release during the Holiday season on Nike.com for a retail price of $100 USD.