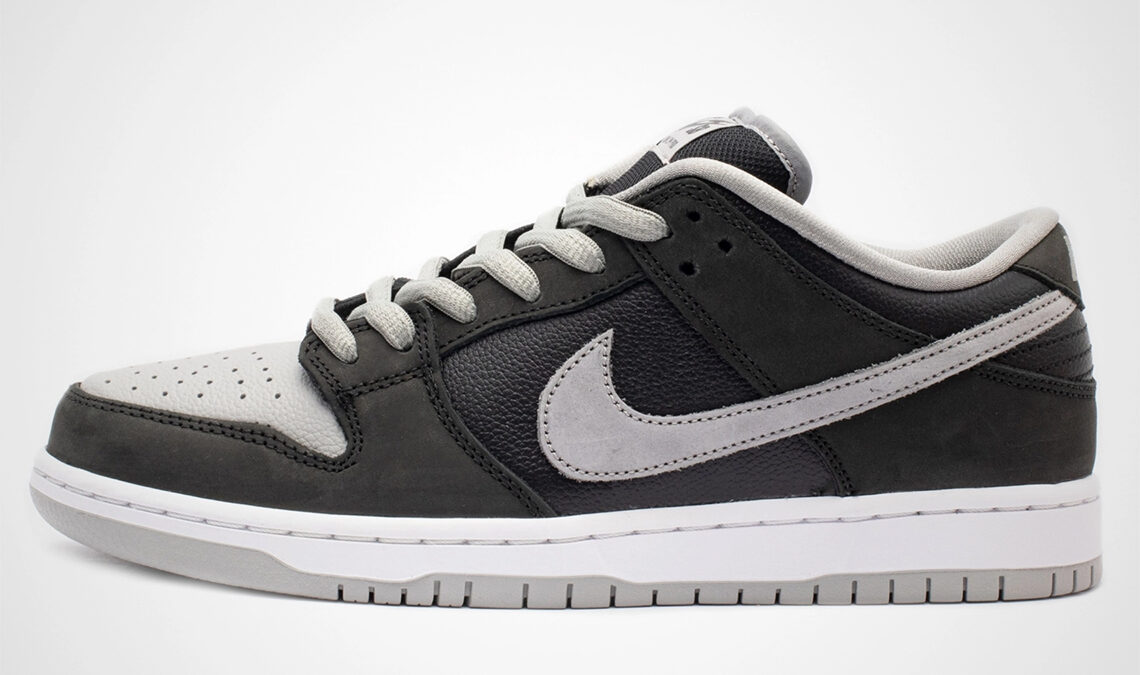 No one really ever thought it would happen, but we’re living in an era where Nike SB Dunks have one again reached a heightened level of demand. For 2020, the skateboarding category is looking to feed into the hooplah with a bevy of new releases (and new purple boxes), with a member of their Spring calendar being this forthcoming J-Pack “Shadow” iteration.

Essentially following the same design concept that was executed back in 2005 when the low-profile silhouette mimicked the look of the Air Jordan 1 “Royal”, this modernized pair instead chooses to pay its respects to the classic “Shadow” colorway.

Matte black covers most of the shoe’s leather and suede-constructed body, and gets color-blocked with the recognizable grey hues placed in identical areas including the sock liners, laces, toe boxes, Swooshes, and outsoles.

These versatile SB Dunks are slated to hit select Nike retailers sometime this Spring for $90 USD, so stay tuned for an official release date.