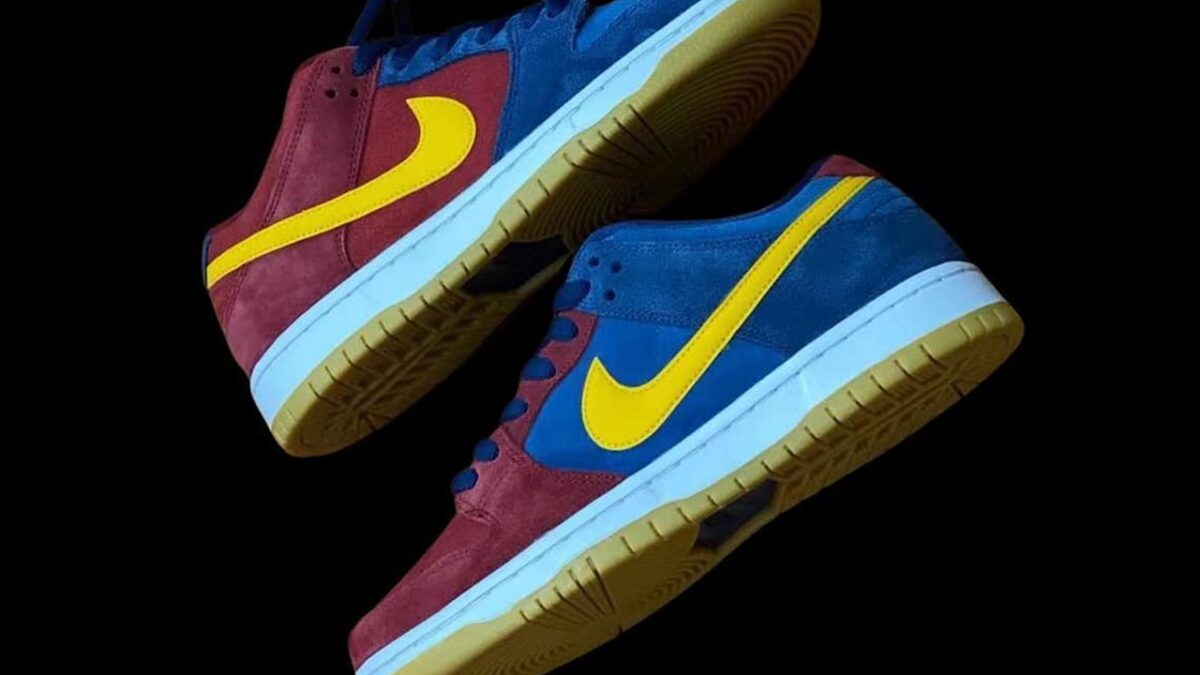 Nike along with its Nike SB division are all prepped to deliver a medley of footwear iterations throughout the Spring and Summer seasons, some in collaboration with imprints like Stingwater and Parra while others come under the GR category. In relation to the latter, the next to release is a brand new SB Dunk Low with red, blue and yellow color-blocking.

No official statements can be made if this particular pair has any association with soccer teams, but going by the looks and the way its hues are blended together, it evokes resemblances of FC Barcelona‘s home kits. Save for the mesh tongues and laces, the entire base layer is mapped up with buttery suede paneling. They also mismatch between each foot, the left side of which is colored in burgundy on the toe boxes and tongues and vice versa on the right side flips. The adhesive between the two sides being the yellow hits, that tap onto the Swooshes and Nike branding atop the tongues and heels. Down below, the midsoles are absent of any coloring, and comes placed above a gum-colored outsole.

With no official release dates announced , expectation are made that Nike and select skate shops to likely release these in the upcoming months.