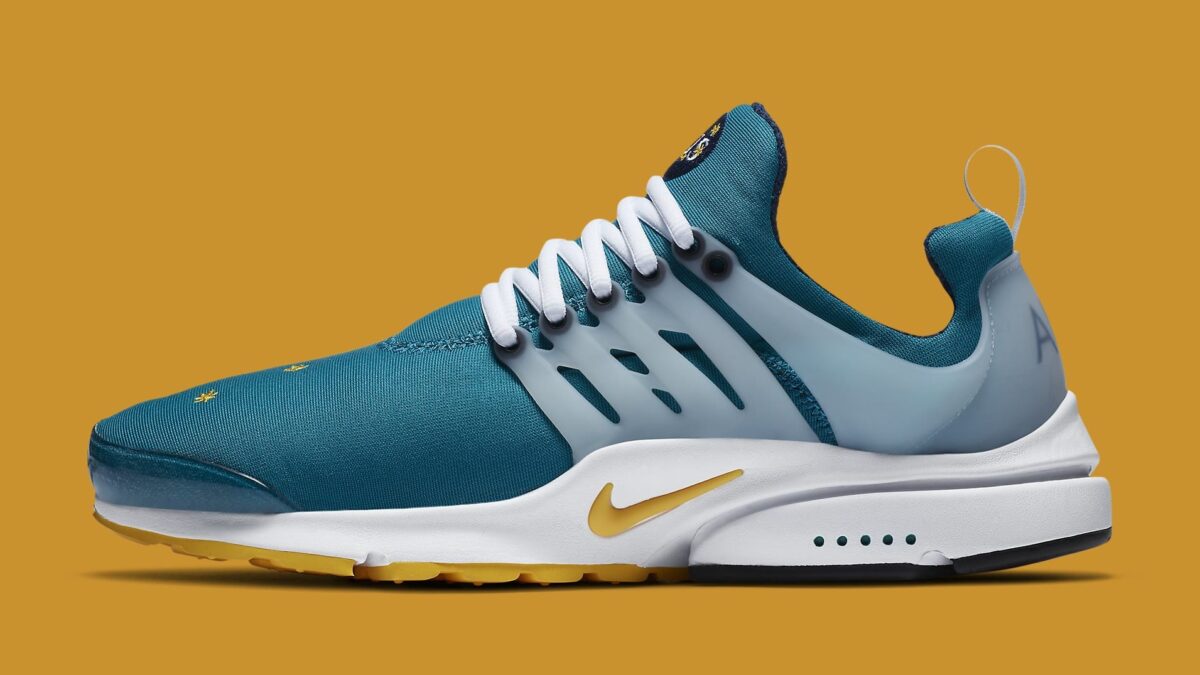 With the 2020 Olympics delayed until next year, there are a lot of disappointed and disheartened athletes out there who were waiting for this year to come. But to keep up the spirit sports brands like adidas and Nike have been constantly releasing such products for the athletes therefore a nod to their hard work, efforts and sacrifice that they made for it.

This time it’s Nike and it’s 2000’s Sydney Olympics introduced Silhouette “Presto”. This iteration was originally created only for the Australian National team back in that time. Thus to celebrate it’s 20th anniversary, Nike will be dropping Nike Air Presto “Australia” at retail for the first time ever.

All the features of presto and no significant tweak in the material, this colorway is primarily teal with hints of yellow and completed with neutrals. Notable features includes the stars from the National flag of Australia incorporated on the toe part of the upper, motif on the tongue and “AUS” branding on the heel counter.

Expected to retail at $140, grab a detailed look at them here and find them on Nike.com and select retailers from 14th of this month!

Up Close Look at the ASICS GEL-Lyte III “Kadomatsu” Pack