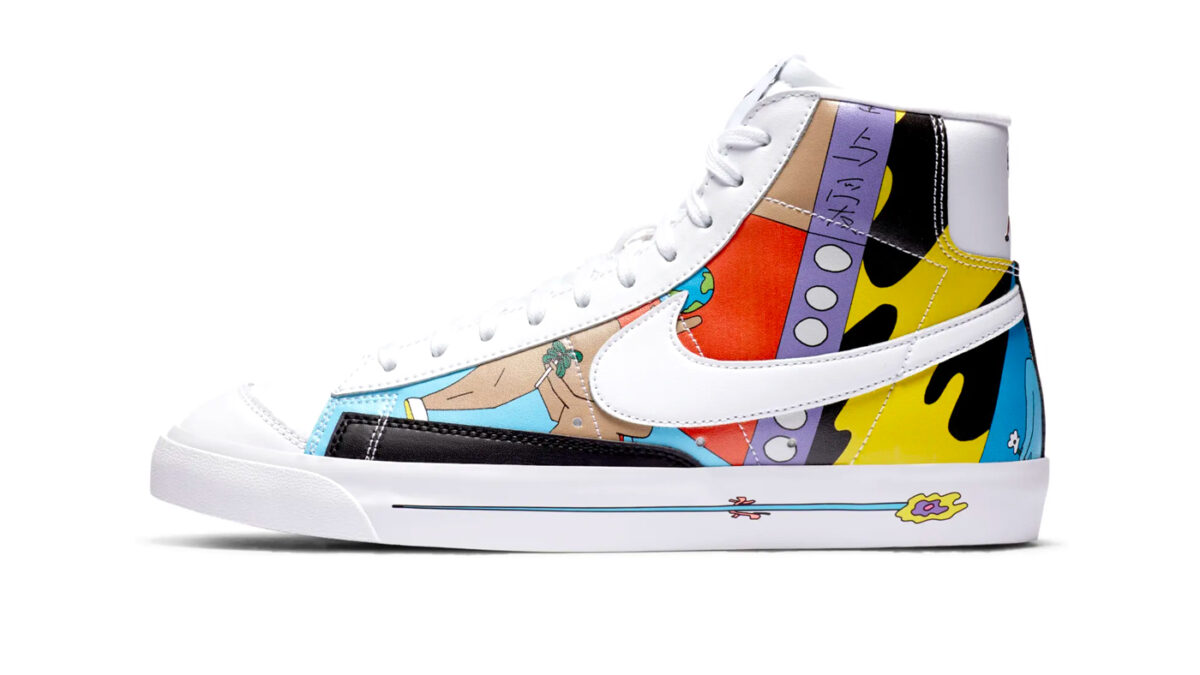 Nike has made an alliance with Berlin-based artist Ruohan Wang for expressive variants of the Blazer Mid ‘77, Air Max 90, and Air Force 1. Each pair adorned with an interestingly hued collage of multi-colored illustrations that live within the classic iterations.

The Blazer Mid ‘77 is showcased with dissimilar tongue tags, embedded with loud and clear “Nike” logos and a quirky motif of two legs walking, similarizing the graphics that appear along with the heel counters. Altering its vivid uppers, the shoe rocks a crisp white Swoosh, and a midsole that’s been marked with the artist’s signature. The Air Max 90 is seen with a bevy of shiny colored panels, like a purple heel counter with a bright yellow rubber patch motif, a light blue Swoosh and toebox, and a light green rubber Air sole unit, while minimalistic graphics at the mudguards round off the shoe’s appealing design. Finally, the Air Force 1 showcases the most striking color scheme of all three silhouettes, leaving not even a single panel on the shoe unmarked. A hued medley of psychedelic graphics like globes, pink clouds, lightning bolts, flowers, and faces are but a few prints that accentuate the silhouette. All of these features rest over a clean white midsole, lightly accented with green “AIR” logos.