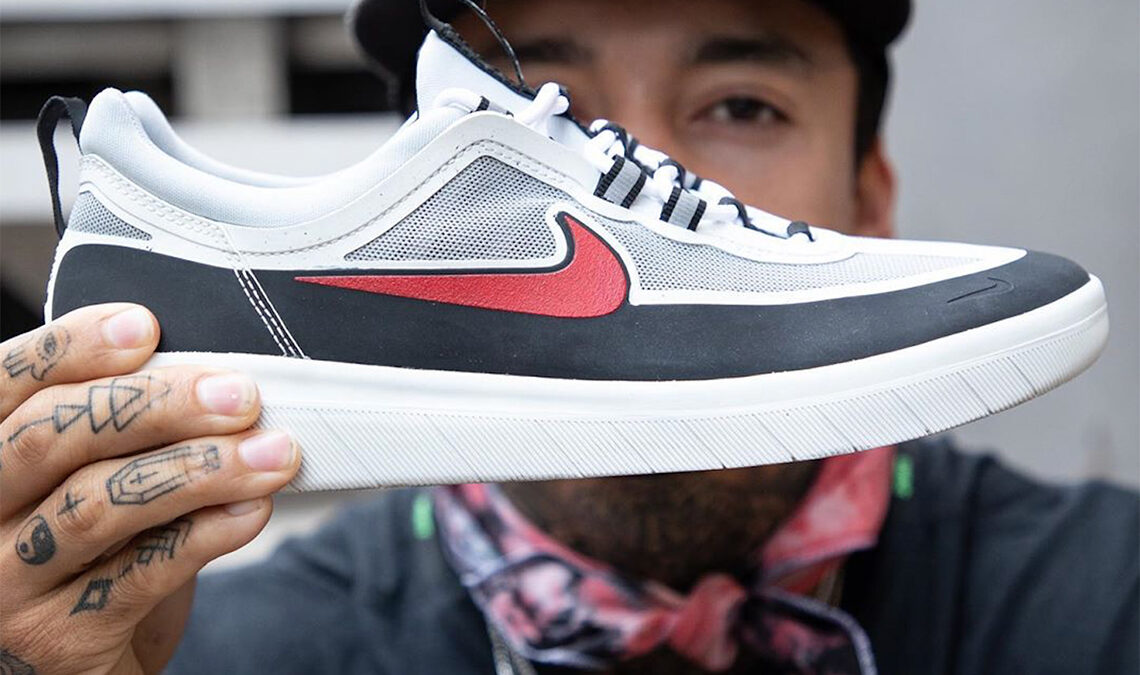 Nike SB Nyjah Free 2 is in the talks after the Spiridon inspired design embedded to it. Nyjah Huston’s second signature shoe is now available at select retailers and Nike.com for $95.

Many have started to learn about him through his impeccable performance in the park and obviously for his obsession with the ink culture. Aiming at the Tokyo Olympics 2020 which now stand cancelled , Huston was preparing and was all set to grab gold for Team USA.

At an interview hosted by Sneaker News, we got to know his idea behind his second signature line and his past achievements.

On being asked about the Dream Crazy ad with Colin Kapernick , the infamous Nike advertisment, which included footage of Nyjah taking hard falls and getting back up, Nyjah explained that he didn’t know about him being featured in the ad and was an honour for him to be part of the historic ad.

Next, his views on dunks were a bit astonishing as he didn’t ever skate in dunks and always preferred shoes with board feels.

He further told about him being a Virgil Abloh fan and certainly wants to collab with Virgil in future.

Certainly, rubber upper made the shoe a bit hot inside there but the latest Nyjah 2’s have a breathable mesh which makes it a perfect shoe to skate in.

Finally, he loved his Nyjah SB Free 2’s and felt that Spiridon looked perfect in design and the Nike team made efforts to make it more creative in terms of the initial Free 2s.

According to Nyjah, comfort is the foremost priority in any sneaker and this shoe fits in well for skate as well as casual purposes.

The Adidas YEEZY BOOST 380 “LMNTE” has been revealed