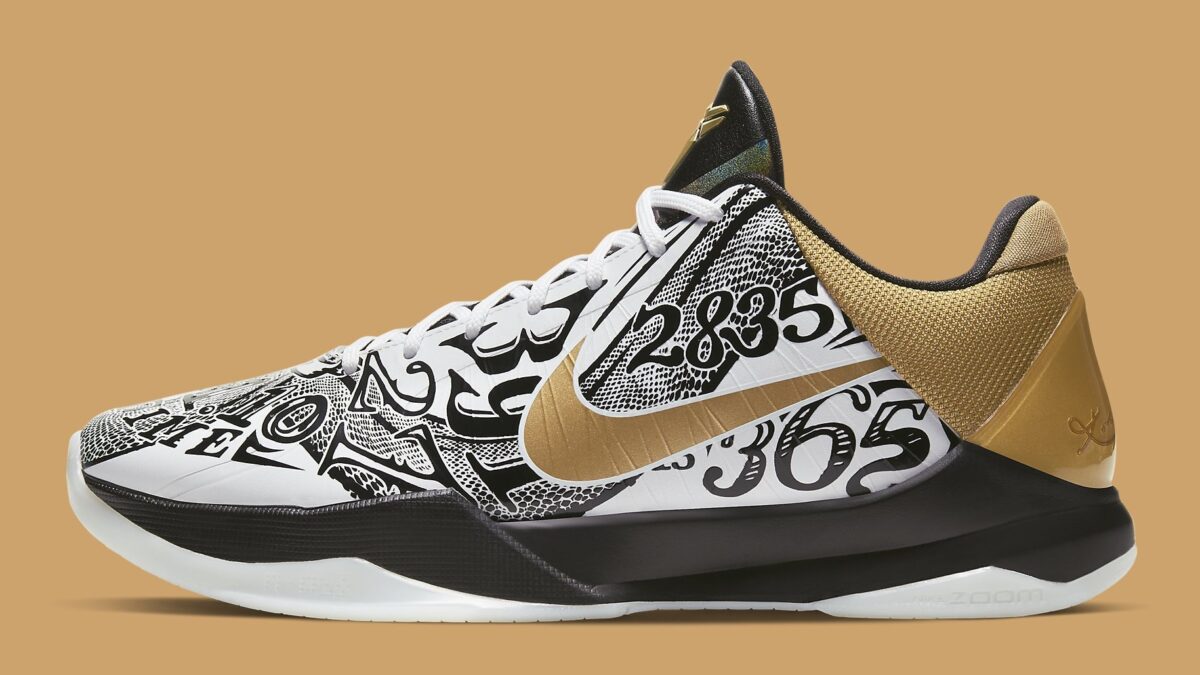 After Kobe Bryant‘s tragic death, the whole world and the sneaker industry has been shrouded ever since. The latest Nike Kobe 5 Protro “Big stage” is going to be revealed to honour the Laker’s legend . But there have been many disputes arising , as many Mamba’s loyal fans have asked to continue releasing the legend’s sneaker lineup whereas some fans are against this idea and think that his lineup must be shelved out as sign of respect.

The Big Stage is surely the biggest heritage pack which is going to be released.  The shoe is  all about the Kobe’s championship glory and is a blend of  the Kobe 5 “Big Stage Home” and Bryant’s “Parade” PE. The shoe is covered in glorious white , black and gold color scheme.The “Big Stage” uses bold “Parade” print in black instead of PE blue on the left shoe’s lateral side and the right shoe’s medial side, then flips the script with crisp tonal “Big Stage” hits on the left shoe’s medial half and the right shoe’s lateral half.

The upper is covered in alternating black and white texts , swooshes and heels are uniform across both feet with gold hue. The EVA midsoles are covered in half black and half white mix which matches the upper pattern’s and comes with twice the Zoom Air as the original one’s.

The Kobe 5 Protro “Big Stage” surfaced for the first time at Nice Kicks and has tentavive release date of July 1 and will retail for $180.

We’re Already In The Future With BAPE X Hajime Sorayama