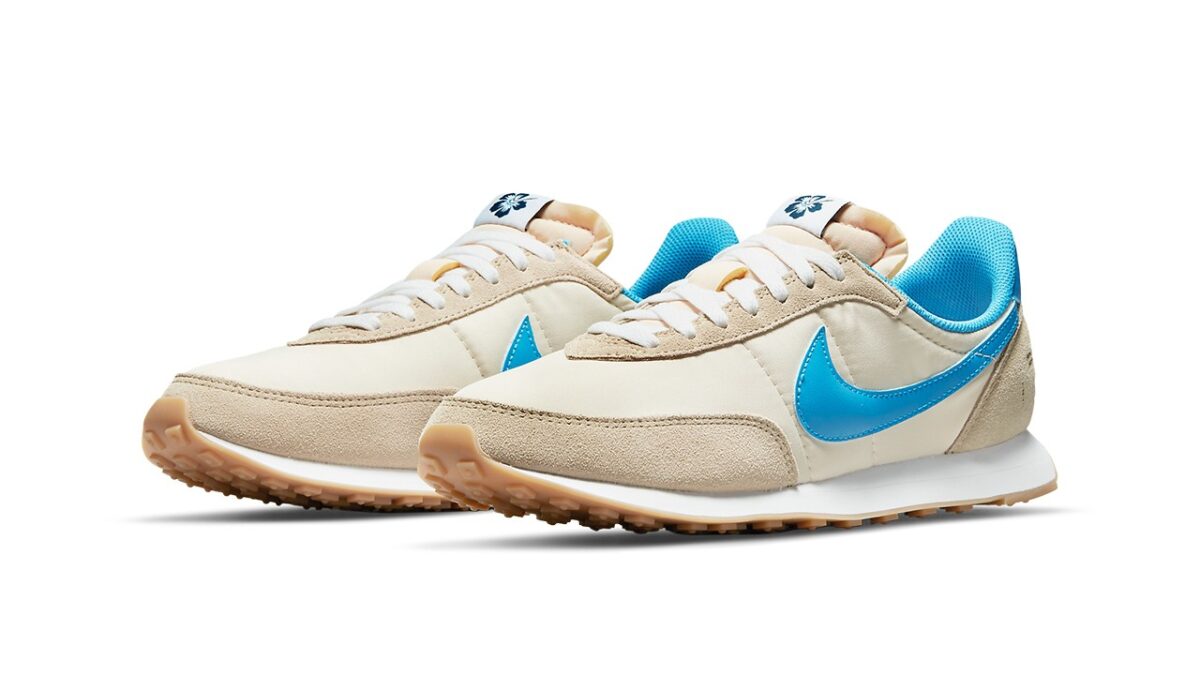 Nike co-founder Phil Knight unveiled his memoir titled “Shoe Dog” in 2016 that dove deeper into his world travels and the trials and hardships of building Nike into the business it is today. In this literature piece, Hawaii and its inaugural Honolulu Marathon that was held in 1973 is every so often a point of reference, and so Nike has crafted a special Waffle Trainer 2 S.D that’s roused by the island destination.

“Beach-y” is possibly the best adjective to define these kicks as its nylon base panels are completely engulfed in a “Pearl White” hue which one can argue references the paradise state’s sandy shores. A light “Grain” hue ensues suit on the suede overlays alongside “Laser Blue” accents that tap the Swooshes, liners and heel overlays. Additionally accentuating its Hawaiian motif, these feature flight ticket-inspired notations embedded into the heels. Further, Phil Knight‘s signature is printed onto the midsoles of the medial sides, and the left foot’s insole spells out various elements of the tropical land such as “beach”, “buildings”, “swaying palms” and “rock and roll”.

Those interested in carping up their collection with these can find them releasing via Nike Japan for ¥12,100 (approx. $110 USD).