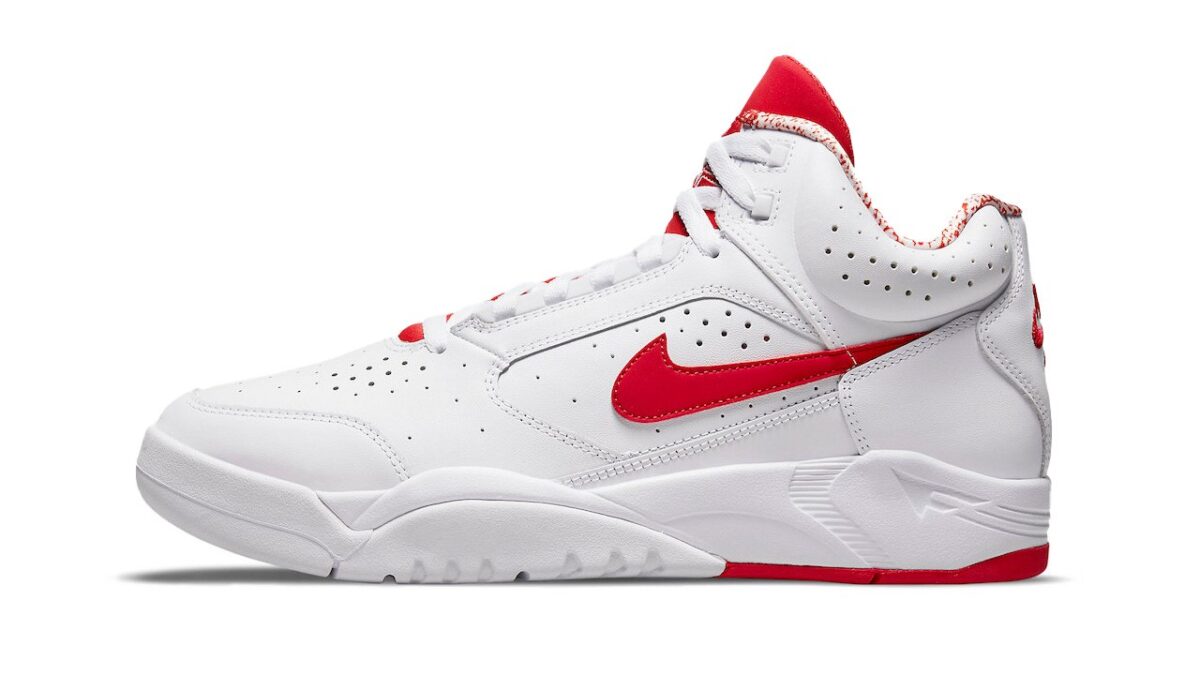 The Nike Air Flight Lite Mid, which Scottie Pippen famously wore as a “Dream Team” member during the 1992 Summer Olympics, is set to re-release in celebration of its 30th anniversary.

With its classic forming that is fashioned with an all-white leather upper and university red details, the Air Flight Lite Mid appears as good now as it did then. Some highlighting details include perforation over the base, signature branded tongue labels, a patterned-graphic sock liner with a new inclusion that exhibits Pippen’s logo on the insoles.

The release date for the Air Flight Lite Mid “Scottie Pippen” has not yet been declared, but we can expect it to drop sometime in 2022 for $120 USD via Nike.

Jordan Brand Is Celebrating Easter With This Air Jordan 5

Pharrell and adidas Are Bringing Back The Original NMD HU Model