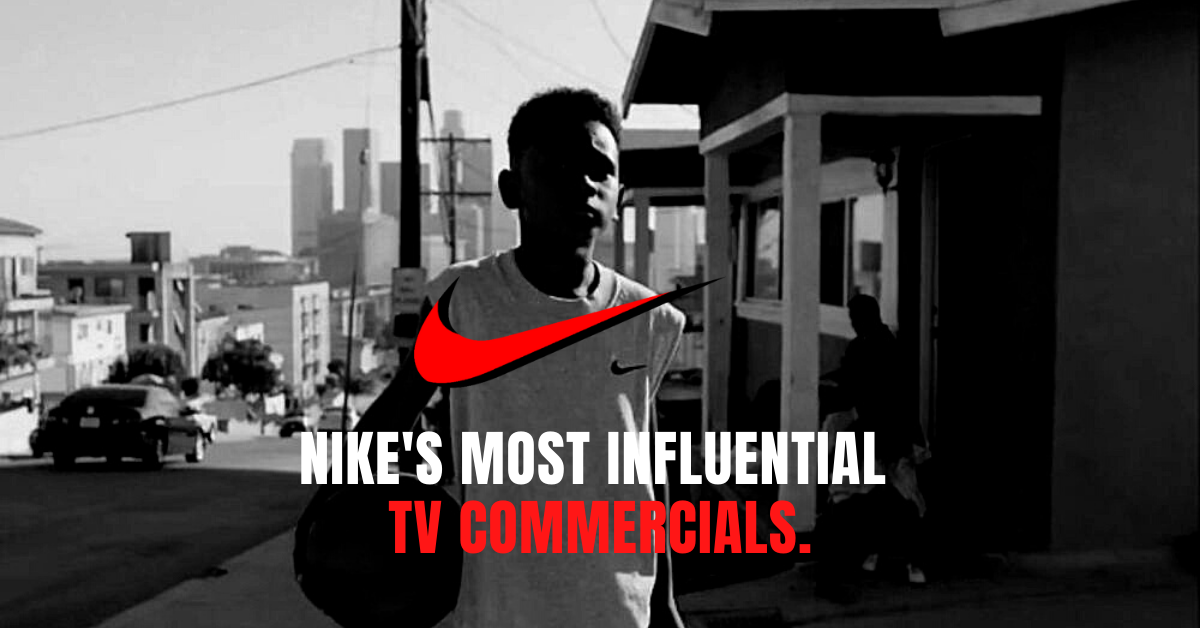 Nike has one of the best advertising in the footwear industry. This is one of the reasons why there is such a hype surrounding the brand. It has also contributed to its huge brand value and street credit. They started by making printed 2- paged advertisements and as time went forward, they created some memorable TV commercials. The success of their online advertising campaigns during the internet era testifies their advertising expertise. Portland neighbors Widen and Kennedy have worked closely with the Swoosh over the decades to power the marketing machine. Along the way, they’ve recruited all types of talent to take Nike worldwide, with some truly unique ads. From all the way back in 1982 to today’s creative genius, here are some classic Nike commercials.

This Nike Basketball commercial was aired during the All-Star Weekend in 2001. This commercial inspired an entire generation of upcoming ballers. Set to the rhythm of Afrika Bambaataa & The Soul Sonic Force’s ‘Planet Rock’, this audio-visual odyssey was a masterpiece of technical prowess and painstaking choreography, performed by Vince Carter, Lamar Odom, and Rasheed Wallace, among other basketball stars. Paul Hunter, the director of the ad said that working on this campaign was his biggest achievement.

Nike assigned him the job as their board of directors were impressed by the music videos he directed. The ad was so influential that it was spoofed in Scary Movie 2. A football version of this ad was launched the same year.

Nike was the number one football brand in the 2000s. This ad film, portraying Matt Richtie’s journey was a huge success. Viewers are taken through the POV of a grassroots player’s rise through to the big leagues with Arsenal FC’s EPL and UCL campaigns, culminating in a European showdown. Apart from this, cameos from C. Ronaldo, Fabregas, Ronaldinho, Rooney, Van Nistlerooy, Zlatan, and Materazzi, plus gratuitous shots of the all-new T-90 boot,  literally puts you in the hero’s shoes and makes it a worthy experience of three-minutes.

The late ’90s was characterized by an oldie v/s youngsters debate similar by the boomer v/s Gen-Z prevalent currently. This was because of their disbelief in the system because of upcoming conspiracy theories. In The Morning After, an ordinary jogger goes for his morning run on January 1, 2000, oblivious to the supposed overnight catastrophe. Of course, he’s too busy focusing on his run in Nike shoes to notice. Spike Jonze directed this spot, which won an Emmy! He had also directed the Guerilla Tennis spot a few years earlier.

Nike launched their Nike Air advertising salvo with the first-ever Beatles song to be licensed for a TV commercial, indeed starting a revolution in the sneaker world. However, the Beatles (sans John, for obvious reasons) engaged in a legal revolution of their own, resulting in the Swoosh settling a dispute out-of-court in 1989. Not long after, Nike revisited Lennon’s work with their hit Instant Karma ad in 1992.

Regardless of your political stance, this Lance Acord-directed ad got people talking. The message of Nike’s Dream Crazy boils down to their core messaging: ‘Just Do It’. Their other adage, ‘If you have a body, you are an athlete’ is beautifully portrayed in this video by both amateurs and the world’s sports stars. While Nike has taken down the ad from its YouTube channel, the Internet remembers all, so clips like the above still exist.‘ Believe in something, even if it means sacrificing everything.’ The statement was fairly innocuous until the Swoosh’s steadfast casting of Colin Kaepernick, which briefly mired the brand in controversy. Regardless, they bounced back pretty hard, winning the Emmy for Outstanding Commercial in 2019.

Bo, however, didn’t ‘know Diddley!’, who, of course, wrote original music for the ad series. There are a few versions – have a dig on YouTube! Directed by Joe Pytka.

Nike actually didn’t have their first television commercial until 1982, only when they had emerged as a formidable running shoe company. According to the commercial, Nike shoes were a vital part of the evolutionary process, at least at that point in the early 80s. The wireframe graphics, synthesizer mood tracks, and drawling voiceover all make for a cheesy advert by today’s standards, but this marked the beginning of a dynasty. Widen and Kennedy have mostly killed it ever since.

While Paul Rodriguez’s Nike SB signature sneaker line has hit double-digit entries, a cult following has emerged for his earliest models. This was no doubt bolstered by this 2009 spot promoting the P-Rod 3, featuring classic Ice Cube track ‘It Was a Good Day’. Appearances from freshly-signed Eric Koston, late Kobe Bryant, and Lance Mountain (ironically playing a cop), add to the star-studded lineup – add a final cameo from Cube himself, and this is an ad that people still talk about today.

Nike’s famous slogan was first featured in 1988, with this brief clip depicting elderly Walt Stack’s endless love of running. ‘Just Do It’ is now universally recognized as the Swoosh catchphrase: a straightforward message of achievement. Phil Knight reportedly hated the idea when Dan Widen of W+K pitched the concept. Thankfully, the concept was green-lighted… and the rest is history. Dream Crazy was actually in commemoration of the 30th anniversary of this wildly successful campaign that helped turn Nike into a household name.