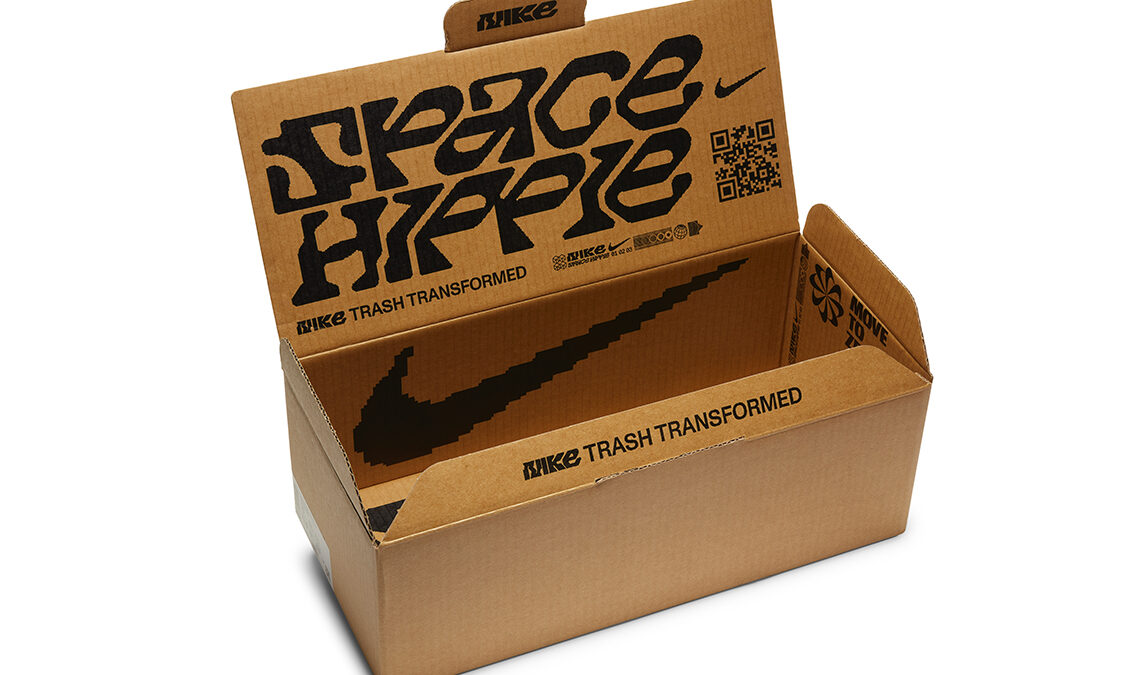 Consumers have always been drawn towards brands, which are capable of doing the most for the environment, but recently, the ecological footprints of consumer goods are becoming more apparent, especially in the case of sneakers, and fashion. The priority of innovation has now shifted towards the creation of a more sustainable product, utilizing existing waste, and reducing future waste. Just like Adidas and Parley, most of Nike’s focus for the future is on sustainable sourcing.

Nike has been exploring new, more sustainable methods for many years. Nike Considered was launched in 2005, which is a product development initiative that needed sourcing materials strictly within 200 miles of the Nike campus, so as to reduce the emissions caused by transport. With this new line of shoes, dubbed Space Hippie, Nike may be onto something which will truly change the game, and will have lasting effects.

Starting with the uppers, the Space Waste Yarn is made of 85-90% recycled trash. To add to that, they have incorporated no added heat, or dyes. This meant their options were limited to light lint, lint, and dark lint colours. Basically, without any added processing, the whole shoe moves towards a grey colour. The “recycled” look is maintained with the Blue Crater Foam, and light hits of colours. Space Waste Yarn is very elastic and is fairly comparable to Flyknit. Each of the Space Hippie models include a ZoomX insole, made with entirely with ZoomX waste. The insoles were then placed in the core of the Crater Foam cakes. The Crater Foams, Space Waste Yards, and the recycled ZoomX insoles all take shape in four distinct, and unisex silhouettes: the Space Hippie 01, 02, 03, and the 04, which comes in two colourways. All four pairs come in a special shoebox, which is completely non-descript on the sides, and the inside houses the TRASH IS TREASURE tag-line. Enjoy a closer look of all 5 different colourways and silhouettes down below. All four pairs drop on Nike SNEAKRS on the 11th of June, with a retail price tag of $150.