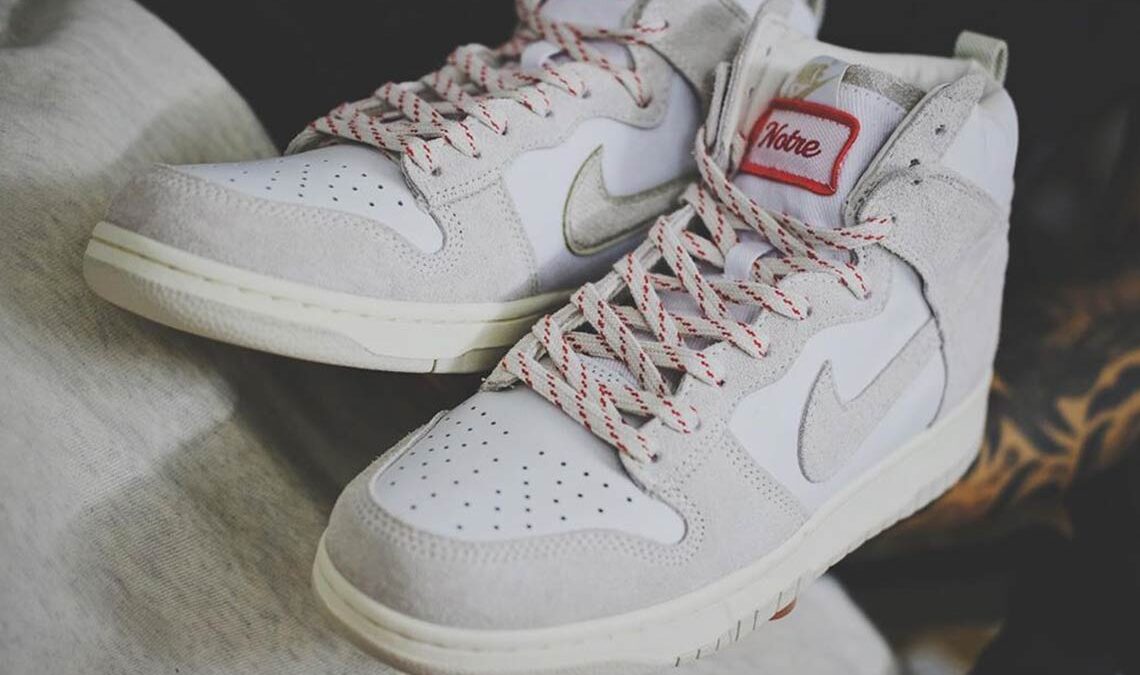 Notre, a Chicago based retailer, have been in works with Vans in the past, now revealed their latest Dunk High which is set to release in two colorways. Their sneakers deliver mechanic inspired motifs and tweaked Swoosh effectively acts as their signature. Alongside it is the blue colorway which was revealed earlier, the white one delivers detailed in depth insiders which highlights the premium suede fabrication and bold collaborative touches.

The overlays are tinged with cream color across the counter, ankle flaps and toe caps which match the Swoosh whose medial side quickly veers to the depiction of handshake. The smooth leathers lay down the foundation in white, laces thread with subtle red decals and tongue patches over top with a mechanic-influenced patch etched with “Notre” in cursive. This sneaker is expected to drop this holiday season for retail price of $150.