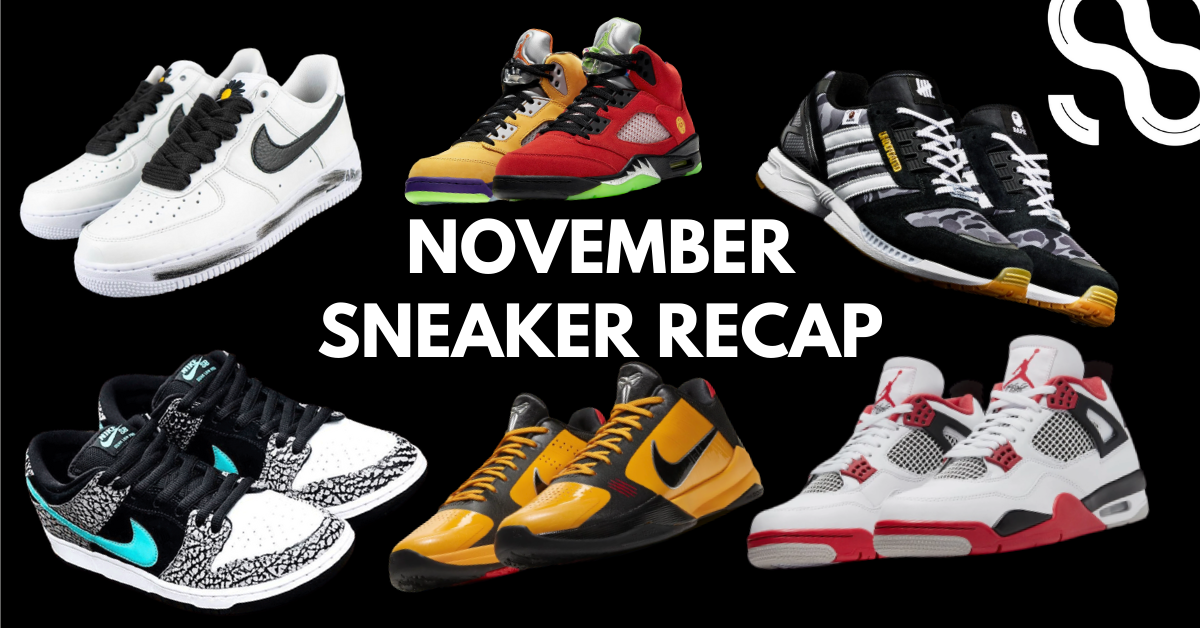 As the year was nearing its end, the month of November just merely prepared us for the upcoming holiday season.

To kick-off the month we had Adidas collaborate with one of the most long-awaited video game of the year 2020, Cyberpunk 2077 in a 3 colourway line.

The month of November revealed, yet another Nike SB Dunk Low, inspired by the atmos x Air Max 1 “Elephant”, The Nike SB Dunk Low Elephant was an instant it among all kinds of Sneakerheads, we saw this sneaker rapidly increase value over the course of just one month.

Bape and Adidas have been long term associates, releasing showstopper sneakers such as the Bape x Adidas Dame 4, but this time around it Bape shook hands with Undefeated in a 3-way collab to release the BAPE X Undefeated X Adidas ZX 8000 in two distinct colourways. This was one of the first Bape drops in India and was conducted via online raffle through Veg Non-Veg and Superkicks.

Concepts and Dunk collaborations are world-famous among the sneakerheads for their Lobster series, but this time they indulged in the Concepts X Nike SB Dunk High TurDUNKen. The sneaker also came in a limited edition packaging as well.

Following the 2019 PEACEMINUSONE x Nike Air Force 1 “Para-noise” in black, K-pop superstar G-Dragon was set to drop an AF1 “Para-noise” 2.0 edition for the fall of 2020. The 2020 variation flaunts a removable layer for its white leather upper which reveals G-Dragon’s personal artwork underneath.

The Jordan brand reissues some of the other OG Jordan Retro iterations every year, this holiday season it was the Air Jordan 4 OG Fire Red 2020. This sneaker has a lot of significance to the OG Jordan fans and they have made sure there fans from all across the globe get to cherish this beautiful sneaker

We also saw these kicks release in the month of November.

Here are some noticeable releases which released in India via retail outlets like VegNonVeg and SuperKicks.