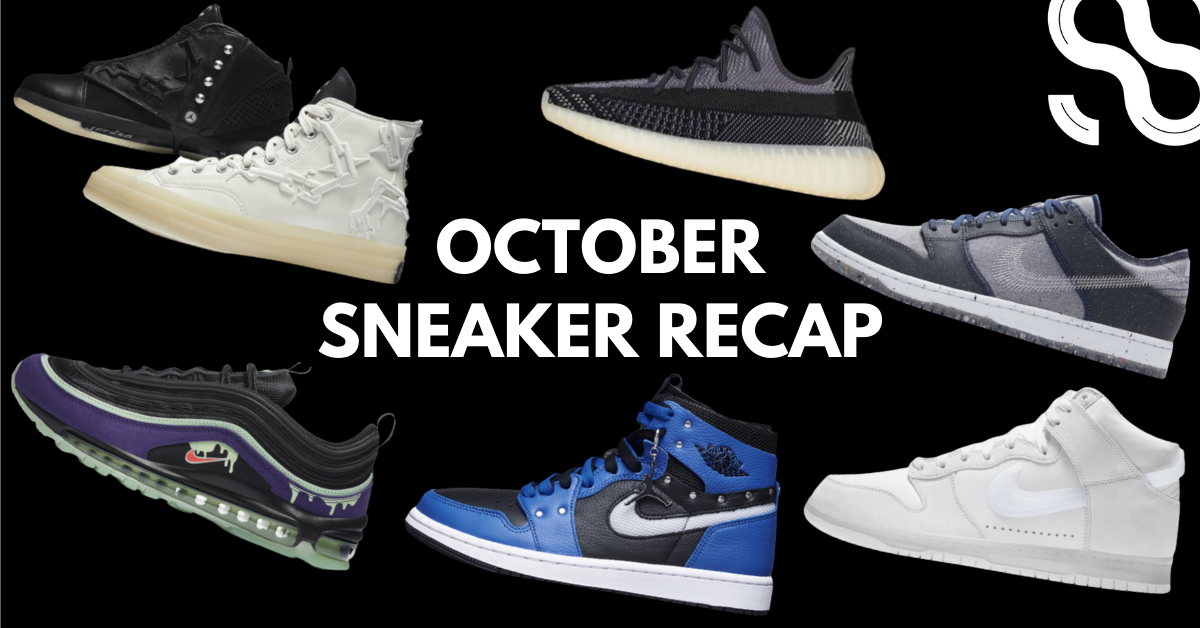 The month of October was home to many special sneakers. Starting off with the Jordan Why Not? X Converse Pack featuring two of NBA superstar Russell Westbrook’s favorite silhouettes of all time, the Air Jordan 16 and the Converse Chuck 70.

Second October marks the national holiday of Gandhi Jayanti but this time around it also marked the release date of the Yeezy Boost 350 v2 “Carbon” in India via SuperKicks and VegNonVeg through an online first-cum-first-serve basis.

Up next we saw a VegNonVeg India exclusive sneaker. This time the Converse Chuck 70 Low indulged in a funky colourway. The Converse Twisted Resort Chuck 70 might just be one of the best pocket-friendly kicks of 2020

The Jordan Brand has been long term allies with the French Ligue 1 superpowers PSG. From training wear to there alternate match kit, Jordan brand has kept the players and staff over at PSG in the best performance wear. This time we saw the Jordan brand give nod to the Air Jordan 4 PSG. The sneaker released worldwide through the SNKRS app and also across select Nike stores across India.

With two Union X Jordan, 4 sneakers already dropped before the third iteration of the alliance was comparatively less hyped before it’s release but has proven itself as the favourite out of the rest other two iterations. The Union X Air Jordan 4 Off Noir features an off-white/Sail midsole and outsole, a Union x Jumpman hangtag, and a special box with Union branding and Michael Jordan’s hands finish things off.

We also received the long-awaited Off-White X Air Jordan 5 Sail release through the Nike SNKRS app. Virgil Abloh gave the Air Jordan 5, his touch of magic for the second time, executed in the same manner as the first colorway, these bad boys have seen a bit downfall in their value but still remain as one of the most iconic release of 2020.

Up next was yet another SB Dunk collaboration, Nike collaborated with long term allies Slam Jam. Better known for the Air Jordan 11 collab, Slam Jam has established its name the list for prominent sneaker collaborators. The Slam Jam x Nike Dunk High comes in your choice of “White/Clear-Pure Platinum” or “White/Clear-Black” colour schemes. Details on both models include upside-down tongue branding, transparent, gummy Swooshes that touch at the heel in a unique branding element.

To sum up the month we had the Air Jordan 1 High OG Dark Mocha. At first, the whole sneaker world was mad at the colourway as it resembles the Travis Scott Jordan 1 Highs, even Travis himself took the joke to social media and famous sneakerheads like Qias Omar making fun of it. As time has passed by the public has started to gain interest in this shoe and with the European and Asian drops still pending, the sneakerheads are super hyped.