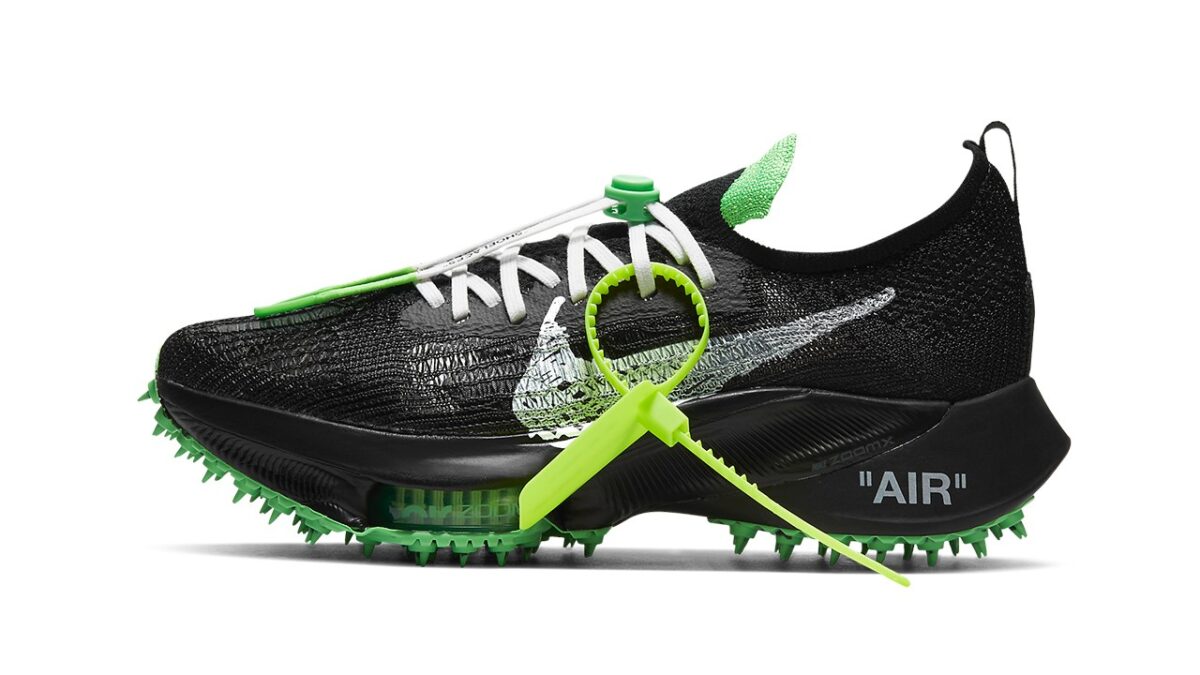 Virgil Abloh has been on a heck of a ride this summer, significantly in the Nike collaboration arena with his bold statement at Paris Fashion Week with the unveiling of his Louis Vuitton x Air Force 1s, started his whopping 50-piece Dunk capsule, and even teases his impending Air Jordan 2 colorways. This doesn’t stop as the streetwear legend is all set to extend his already successful Swoosh catalog with a trio of Off-White™ x Nike Air Zoom Tempo NEXT% colorways, all of which have been unveiled by way of official imagery.

The first one of the capsule is the “Scream Green” iteration crafted with solid black uppers and midsoles, along with potent titular accents spread out on the tongues, lace toggles, and tips along with the spiked outsoles. Subtle white hues pop up to fill in the hand painted-esque Swooshes on the sides, laces, and the Helvetica font embellishments.

Following up is the “Pink Glow” version which is undoubtedly the boldest and vibrant of all. The uppers are knitted which split between purple lateral walls and pink medials, both of which are furnished with Nike checks boiled to their nominal hue. Black shades drench the interior lining, upper branding, and treading while volt accents drop onto the zip ties and the exposed Zoom bag.

The final edition is the “White/Solar Red” colorway that comprises layers dominated by a crisp white and gets offset with bursts of “Solar Red” that emerge from the shoestrings, Swooshes, and various points on the mid-foot. Contrasting them are the midsoles with creamy finishes and arrive with stark black “AIR” hits on the lateral heels. Track-ready soles submerged in more “Solar Red” paint, complete the design.

According to early reports, these are scheduled for a drop on July 23, but SNKRS has not confirmed this yet.

Streetwear brand Supreme to be sold to Timberland owner VF for $2.1bn