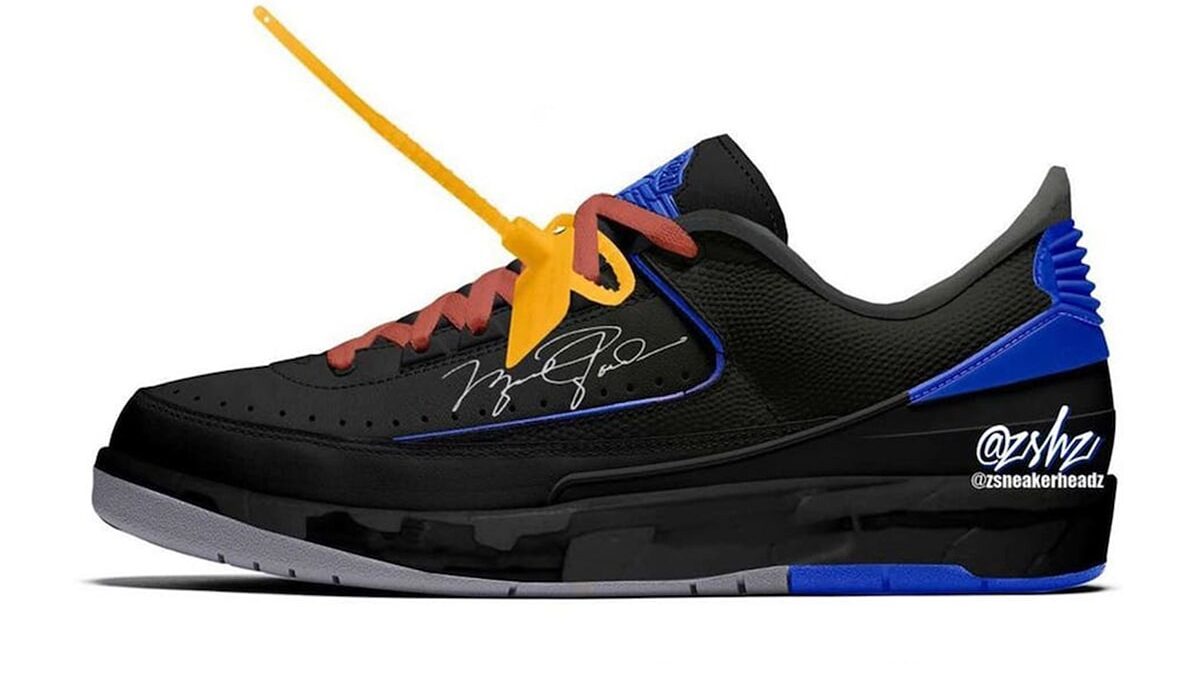 A Virgil Abloh collaboration with Nike, always leads to more than one colorway in the works — in scenarios like that of the Dunks, read 49 others. Similar statements can be quoted for his Air Jordan 1, Air Jordan 5, and hopefully, the Air Jordan 4. But today, the star of the show is more of a secondary option, his OFF-WHITE x Air Jordan 2 Low in a Black and Royal base.

Sneaker-insider @zSneakerheadz has now confirmed the second pair, with a closely accurate mock-up. Mimicking the original inspired pair, is the new pair boasting Mike’s John Hancock on the lateral side, oversized text on the instep, exposed foam collars, and cracked-look midsoles. Almost like a true inversion of the other pair, it rocks an all-black build with blue opposing the OG’s red. Red laces and golden yellow zip tag add some warmth, and finally the pair is capped off with grey and royal outsoles.

As per the sources the release for the White/Red OFF-WHITE x Air Jordan 2 Low can be expected on September 23rd, and hence these will also release around the same time. For those playing at home, that’s 9/23, Michael’s Olympic and Bulls jersey numbers, does it mark the start of an annual “MJ Day?”. Take a look at the speculative mock-up below.