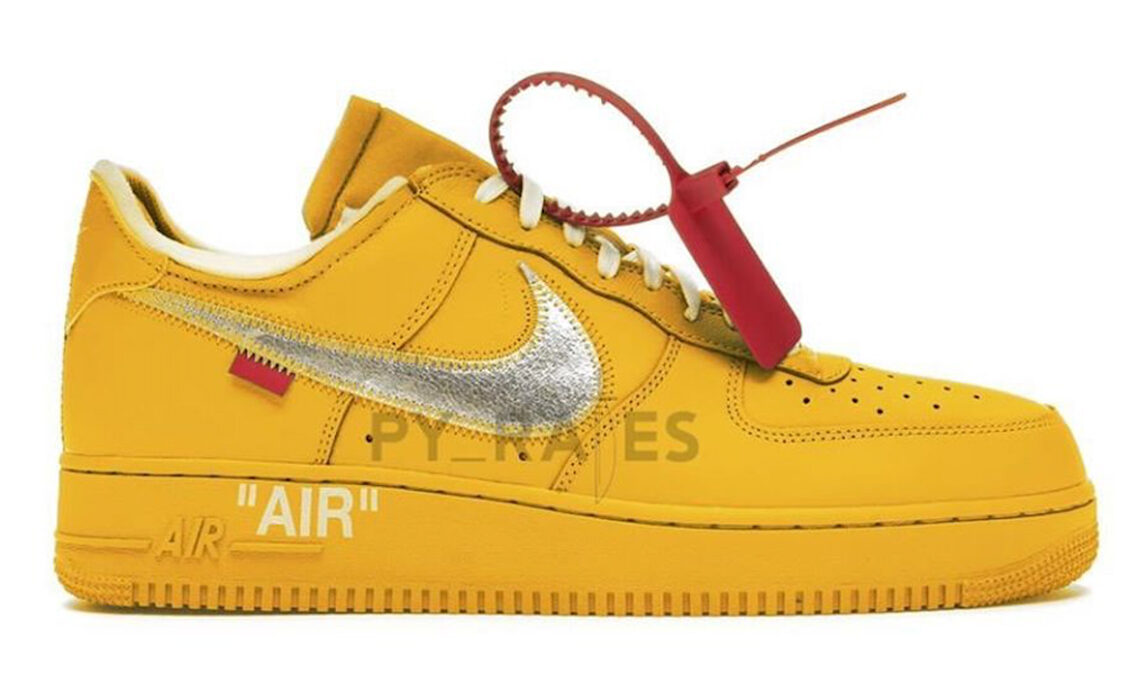 We are barely five months into 2020, and aside from the three potentially world ending events, we have already seen numerous upcoming Off-White collaborations, for example the Rubber Dunks, Air Jordan 4s, Air Jordan 5s, and Virgil Abloh even tweeted out to his followers asking which silhouettes they’d like to see be designed by him.

According to the Instagram page @py_rates, the designer brand collaboration will be continuing the Air Force 1 legacy with the “Universtity Gold” colourway, to sit besides its blue counterpart, the MCA colourway. The photos attached here are mockups, but comparing them to the MoMa and MCA collaborations, it’s safe to say the colour blocking on these would be pretty similar.

The MCA MoMa pairs have reached resale values of around $2K-$6K, and it’s safe to say these probably be up there in the thousands too.

and to know all about the slam jam dunks releasing this year : Click here.