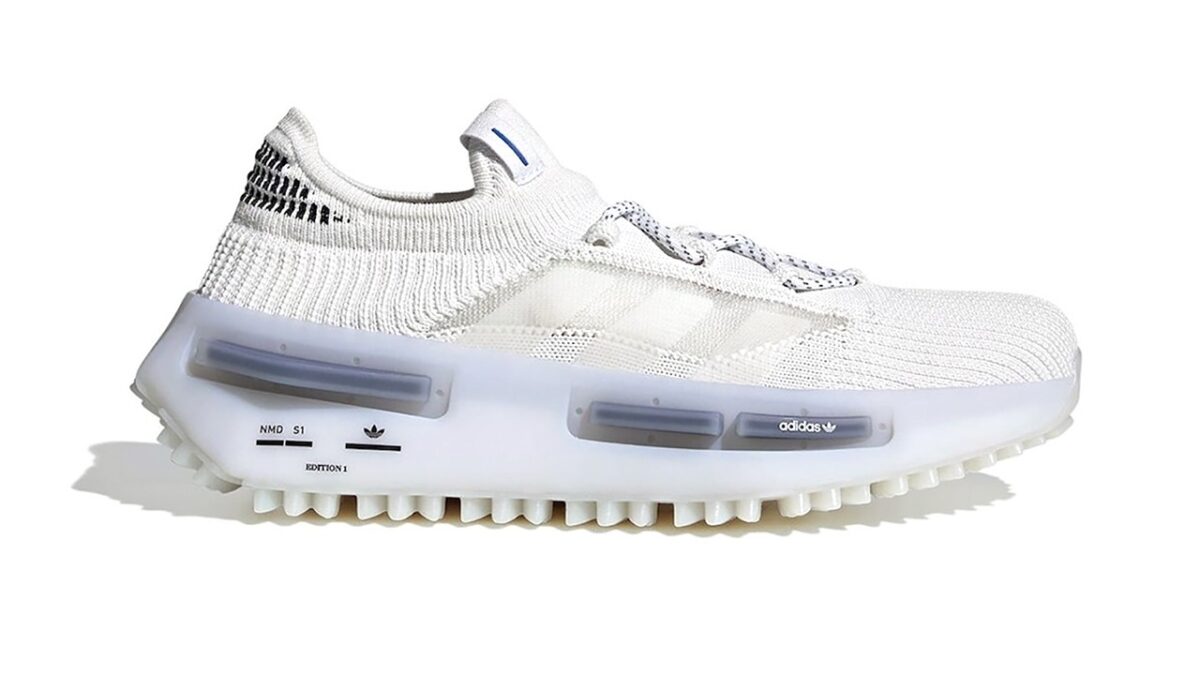 Adidas is all set to grow the family of its popular NMD with a brand new silhouette – the adidas NMD S1. The model was first revealed by Pharrell Williams through the internet recently, and now official images of the silhouette’s white colorway have been revealed.

This evolutionary silhouette still has the PrimKnit upper constructions making some drastic changes to its bottom units which allow it to stand on its own. For this specific iteration, the knitted base layers are covered in white and have a slight translucent window on the quarter panels allowing us to see the Three Stripe branding more clearly. On the higher parts of the heel, there are black block panels while the laces are designed with black polka dot patterns all over.

In addition, the midsole of the shoe comes with a futuristic sensibility as it has a milky aspect featuring a trio of thin block molds shoved into the heel and forefoot. Talking about the branding, it is situated in the front with an angelic Trefoil logo while the heels read “NMD S1,” “Edition 1” and another Trefoil insignia in black. Moreover, the outsoles are constructed with a barrage of triple-stacked Trefoils forming their hefty traction.

As of now, no official release date has been stated, but we can expect the shoe to release in the upcoming weeks via Adidas.

Drake And Nike Officially Announce NOCTA, A Sub-Label Inspired By His Creative Process