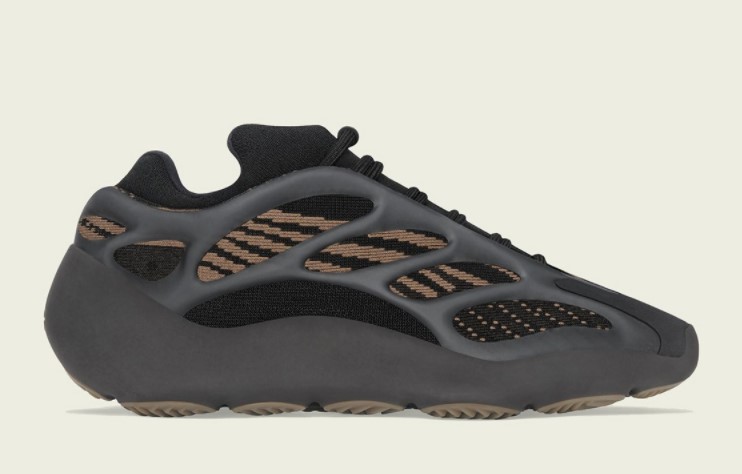 The adidas Yeezy 700 V3 “Clay Brown” has finally emerged in official images ahead of its slated December 17th release date, originally teased under a “Eremial” moniker.

Similar to the recently-launched Yeezy 380 “Onyx”, the forthcoming proposition indulges in a predominantly black palette. Primeknit bases are overlaid with slightly-lighter molded structures, while stripes along the profiles deliver some contrast as they resemble the titular detailing on the Yeezy 350 “Copper” from November 2016. Under the foot, the translucent midsole of other Yeezy offerings is forgone in favor of dark solid tooling. However, completing the “Clay Brown” pair in a shade of the earth tone is a tread underfoot.

Enjoy official images of the next Yeezy 700 V3 here below, and expect a launch on December 17th for $200 USD.