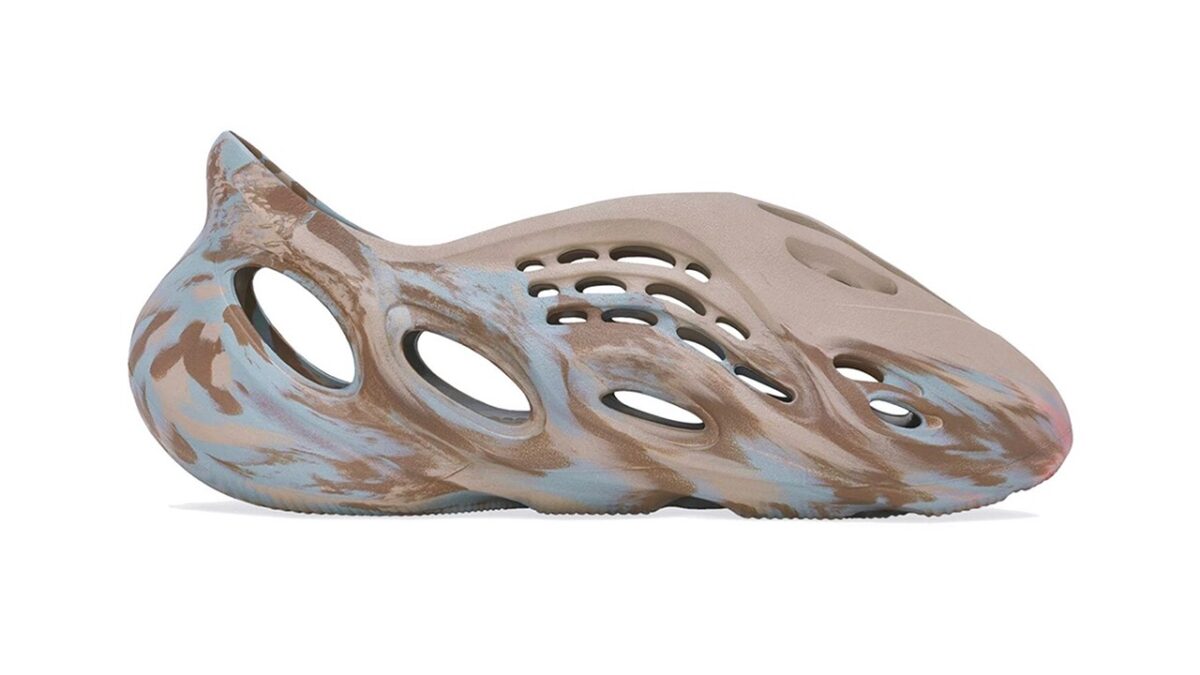 The YEEZY FOAM RNNR since its debut has been Kanye West’s most popular offering. Though the silhouette wasn’t widely accepted initially, it somehow made its presence in the market as the days passed. Up next for the silhouette is the “MX Sand” colorway that has been revealed through some official imagery.

The imminent colorway is designed with a mixture of neutral tones and dusted accents. A majority of the EVA foam-infused model is ornamented with a sandy exterior, but it’s the marbled patterns that start from the heightened parts of the heel and gradually work their way down to the toe tips steal the show. The graphic mostly comes in muted brown and dusted baby blue hits, but smaller notes of pink also pop up towards the front for a sprinkle of vibrance. These very same patterns also adorn the outsoles in all-over fashion.

The adidas YEEZY FOAM RNNR “MX Sand” will be released on December 11, for the standard MSRP of $80 USD.

An adidas Yeezy 500 Sample In Lavender Has Surfaced