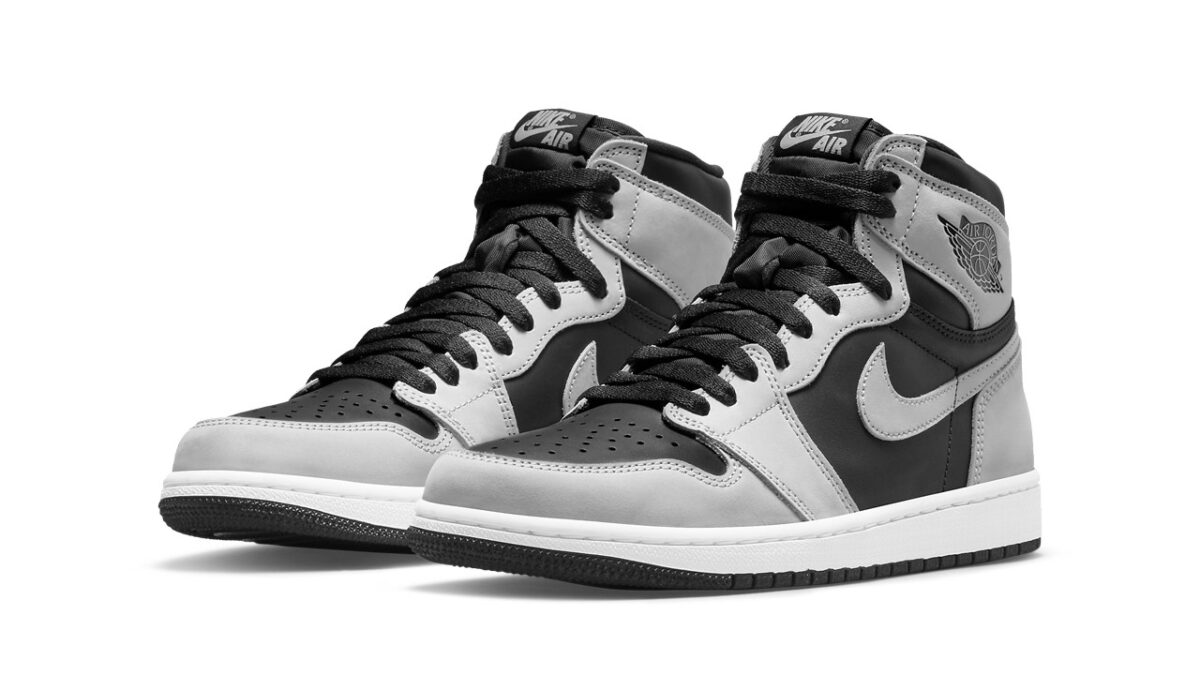 The Air Jordan 1 silhouette plays a key role for Jordan Brand’s robust Summer 2021 retro collection. The upcoming “Shadow 2.0” colorway, follows the footsteps of its predecessor the OG “Shadow” colorway by dressing up in synonymous tones of grey and black and is set to step foot in the retail market shortly after the Air Jordan 1 “Hyper Royal” .

Arriving two-toned, the second take of the “Shadow” colorway opts for a black leather finishing on the toebox, quarter and collar while smooth tones of grey nubuck wrap the mudguards, eyestays, Swooshes, heels and collar flaps. In simpler terms, the forefoot and midfoot see a flip in tones while the heel and collar are true to the shades of the OG “Shadow” colorway. Keeping the Swoosh aside, the branding is taken care of by the black ball-and wings logo on the forefoot complemented by a Nike Air insignia on the nylon tongue’s fabric tag. All of which rests on traditional white midsoles and black outsoles.

Yet to be confirmed by Nike, the pair will be hitting platforms like Nike SNKRS and other retailers come 15th of May for a MSRP of $170 USD.

Take an Official Look at the adidas YEEZY 450 “Dark Slate”