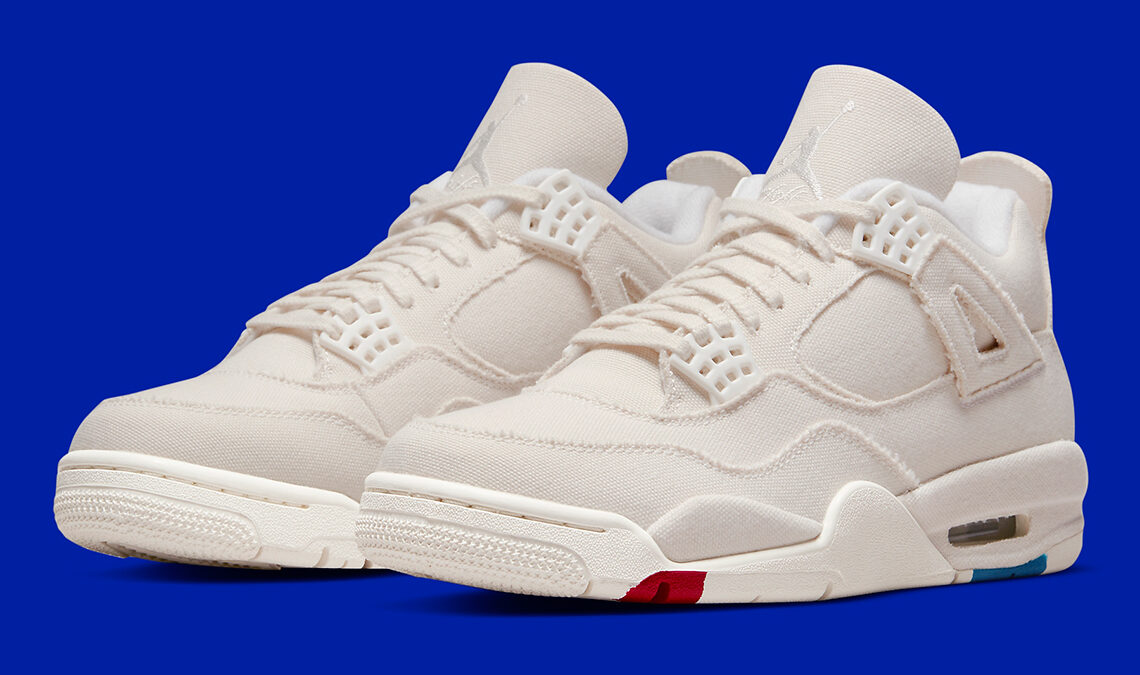 The new iteration has an understated “Sail” colorway throughout the majority of their upper and sole unit, as seen in early mock-ups and teasers. The Jordans’ “Blank Canvas” title comes from the absence of the traditional nubuck and leather materials in favor of a mostly-canvas construction, which, when combined with the off-white color palette, explains the Jordans’ moniker. While the sneakers are not affiliated with Aleali May, they have a similar build to the Los Angeles-based designer’s “Friends & Family” 4s, which were inspired by her father’s military experience. Given its “Sail” ensemble, the latest women’s-exclusive, on the other hand, lends itself far more readily to any customization and wear-and-tear. TPU eye-stays on the tongue, collar lining, and areas of the midsole break up the eponymous tone with a brighter shade of off-white, but they’re overshadowed on the outsole by blotches of red, blue, and yellow.

The women’s retro, which is expected to release by the end of February via the Nike SNKRS app, might get hampered by worldwide shipping delays as well.

The Air Jordan 36 “Sunset” Has an Official Release Date