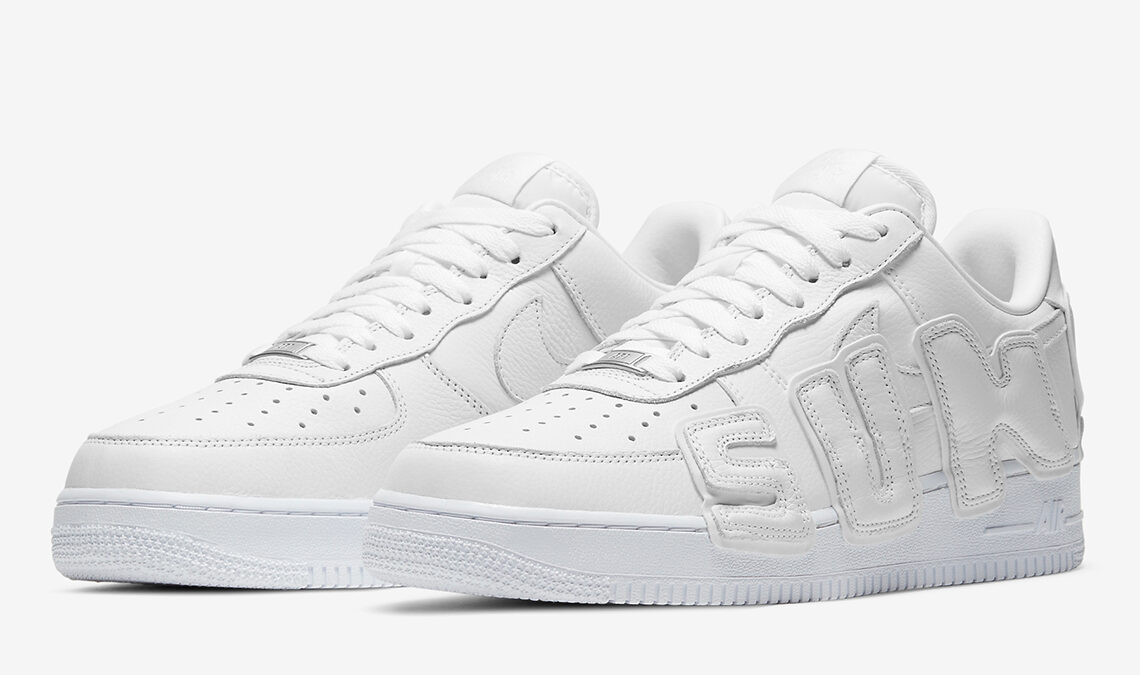 Dating back to the previous year, Cactus Plant Flea Market was without a doubt one of the best collaborators of the year, releasing not only a unique DIY’d pair of Vapormaxes but also an out of the box Blazer By You that gave some of the most lively color choices the sneaker platform has seen to date. Not too long thereafter, they also covered up the Air Force 1 with themes borrowed from the Uptempo; and as many were uncomfortable by the customizing on their own, the imprint has decided to provide a second coming with two readily made pairs.

Along with a black colorway, this white pair is set to step its foot in the market, both giving reference to the silhouette’s most iconic GR appearances. White leathers build up the entire of the upper, closely recreating that of its inspiration. But the side profile, which still rocks its swoosh underneath, arrives more interesting as it sprawls atop with the focal, reflective accentuated bubble lettering, it spelling out “Sunshine” on one pair whereas the other prefers a more succinct arrangement of “AIR.”