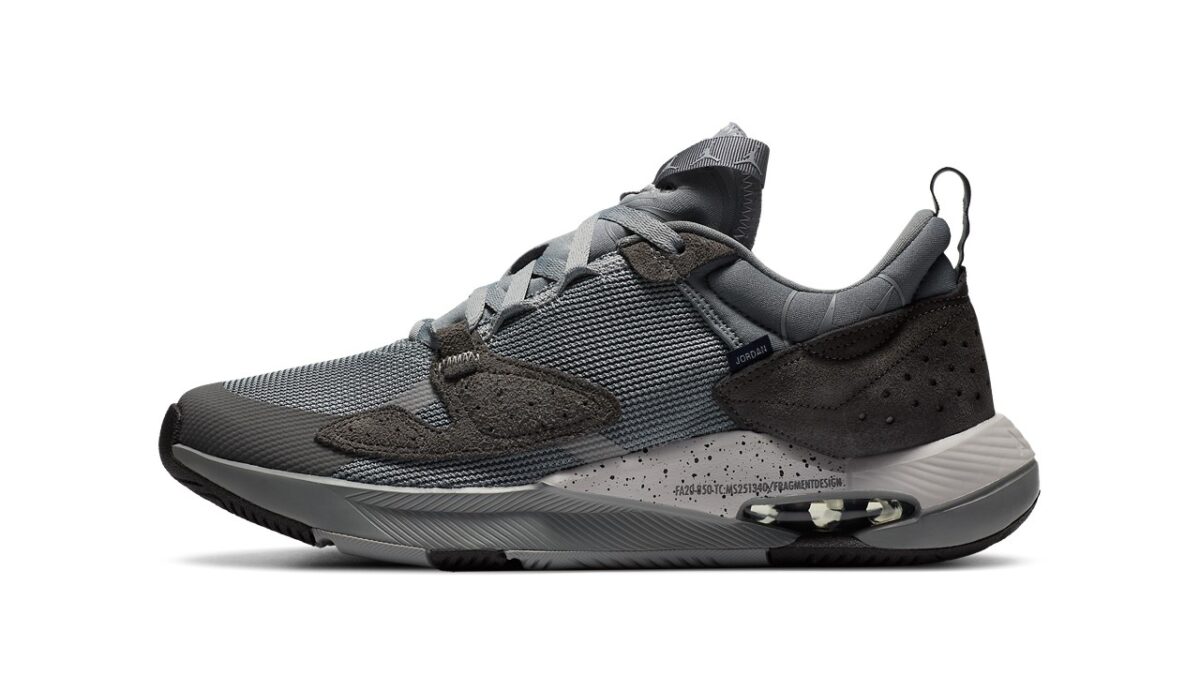 Fragment design founder Hiroshi Fujiwara has had Jordan Brand fans abuzz all 2020 without dropping a single Jumpman collaboration. The Japanese streetwear godfather has teased two Air Jordan 3s — a white/black and a gray/black — an Air Jordan 34 and a new silhouette dubbed the Air Cadence SP, the last of which has now received official images ahead of its impending release. A lifestyle silhouette Cadence provides an appealing canvas for Fujiwara to revive his Nike HTM magic upon.

A grayscale color palette is the name of the game here, with medium grey mesh uppers and synthetic heel pieces overlaid by swatches of dark grey suede on heel and forefoot alike. The shoe has the fragment’s lightning bolt logo on the lateral collar and a repeating Jumpman graphic on the asymmetrical tongue tag. Fragment/Jordan spellouts appear on on the navy blue heel tab and midfoot tag, the only pieces of the shoe to deviate from the gray color palette. Other interesting details are provided by perforated foam tongues, an interesting eyestay setup that taps the forefoot overlays as anchor points and a fused toebox. Down below, sharply-shaped midsoles use both dark grey and cement print foam to surround a heel Air bubble, above which sits a tooling code — a detail seen on many of the styles teased by Fujiwara.

The fragment design x Jordan Air Cadence SP will reportedly release on Nike SNKRS September 17, though this has yet to be confirmed by Nike. The MSRP is set at $150 USD.