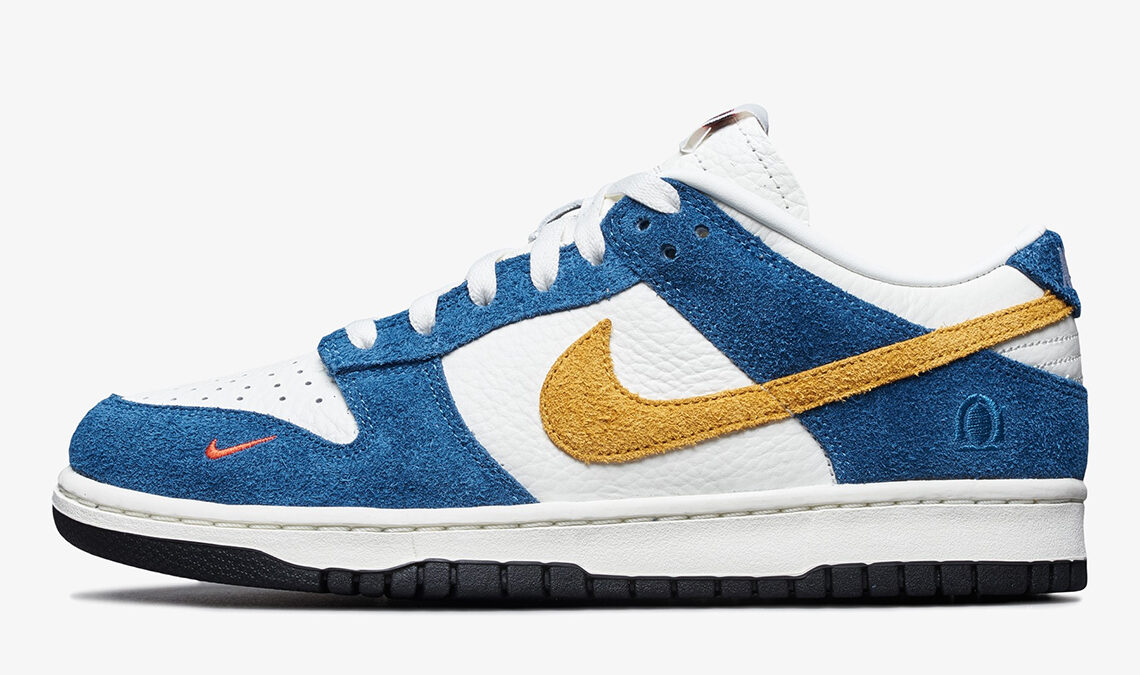 Being teased a few months back on social media and officially announced about a month ago, Kasina‘s set of Dunk Lows is already one of the anticipated and looked up to release this Fall. And while they themselves claim the rights for the Neptune Green iteration, most of Asia at least has the chance to cop the slightly easier to cop“Industrial Blue” silhouette.

Though recognizable in color, the sneaker rocks alike reference to its exclusive complement, its iteration a tribute to ’80s transport in Korea. The dark suede overlays remind of vintage buses in addition to the mustard yellow swooshes that are seen along with the profile in the same fabrication. White tumbled leathers then balance underneath, matched by the laces, tongue, lining, and midsole. Further innovative motifs take form on the tongue patch as its bold lettering phonetically spells out the Kasina namesake.

Take a detailed look at these here and expect a release on Nike SNKRS Asia as well as at Kasina come September 25th.