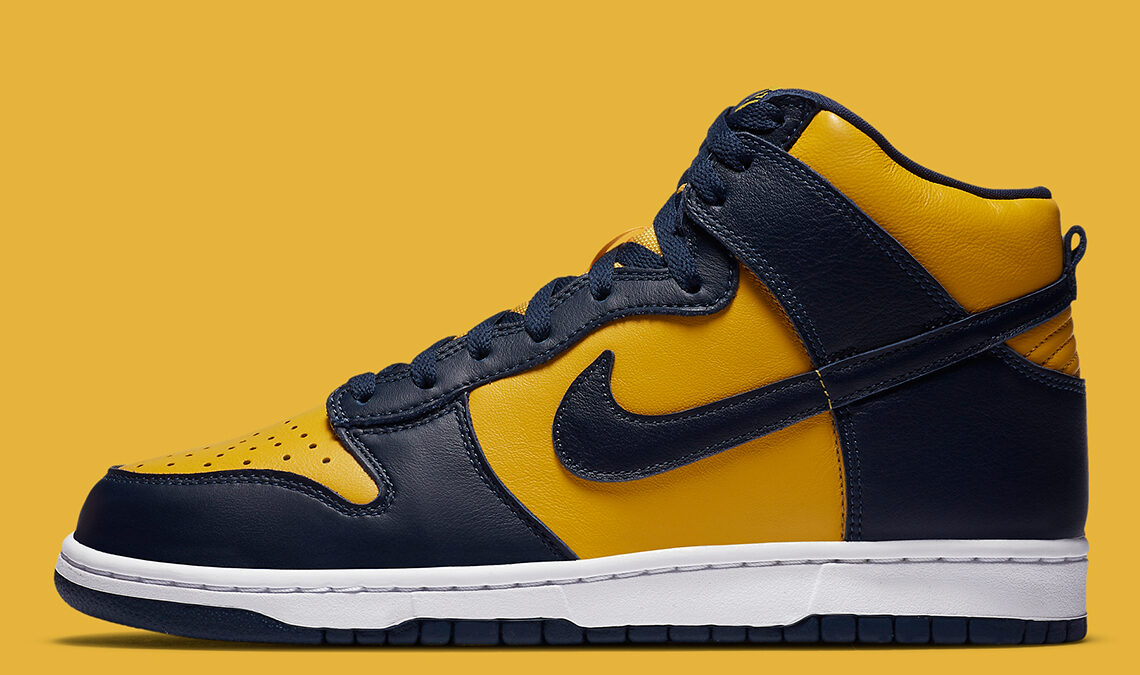 2020 has been a revival for the Nike Dunk as the sneaker has pushed its name back to the top of the most hyped lists for every sneaker fanatic over the globe. And through the past few months, the Nike team has blessed the fans with both old and new alike with the return of the model’s “Be True To Your School” hues. Having already launched off notable universities such as Syracuse, Kentucky, and St. John’s off of their releases through the Lows, the Swoosh squad is turning the tables around for Fall and bringing back the Nike Dunk High in its classic “Michigan” colorway.

More than four years from its last release back in May of 2016, the Wolverine-hued shade is all set to re-launch with a constructional shape that comes close to the OG. “Varsity Maize” leather base layers are coupled together perfectly with “Midnight Navy” overlays to efficiently translate the mid-western college’s signature team colors. Look for these hitting SNKRS and select retailers come September 26th for $120.

The adidas Yeezy 500 “Utility Black” Is Returning In November