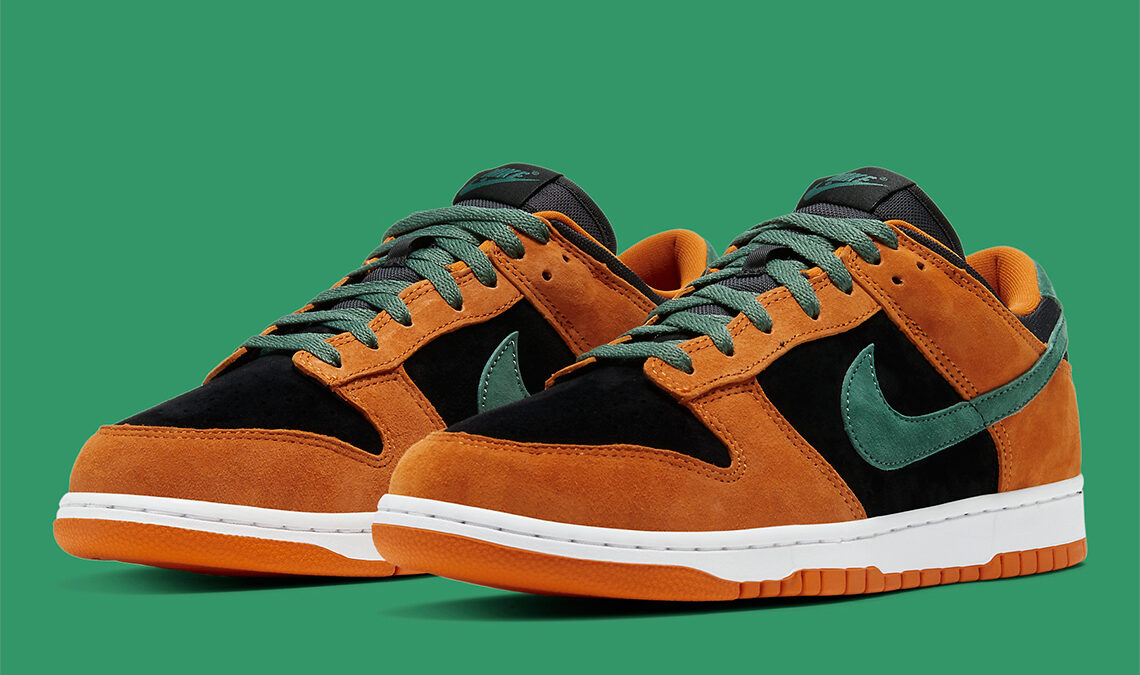 The Nike Dunk Low “Ceramic” has finally emerged in official images ahead of its return on November 19th, which was first teased in August for September launch. Released originally as a part of Japan-exclusive “Ugly Ducklings” collection, the pair is arguably overshadowed by its “Plum” and “Veneer” counterparts.

Boasting a muted, suede arrangement like its co-stars, the Dunk Low’s orange, “Black” and “Nori” color combination is most susceptible to fading. Driving its prepositions from Nike SB, its rich green accent are sure to have enthusiasts adding the “Ceramic” option to their wishlists this holiday season. The sneakers’ palette still works 19 years since its debut, which is combined with the pair’s muted citrus tone.

Enjoy official images of the “Ceramic” Dunks here below, and if you’re either looking to complete or get into the set, pairs arrive to Nike SNKRS on November 19th.

Louis Vuitton Utility Side Bag with a military-inspired carrying option