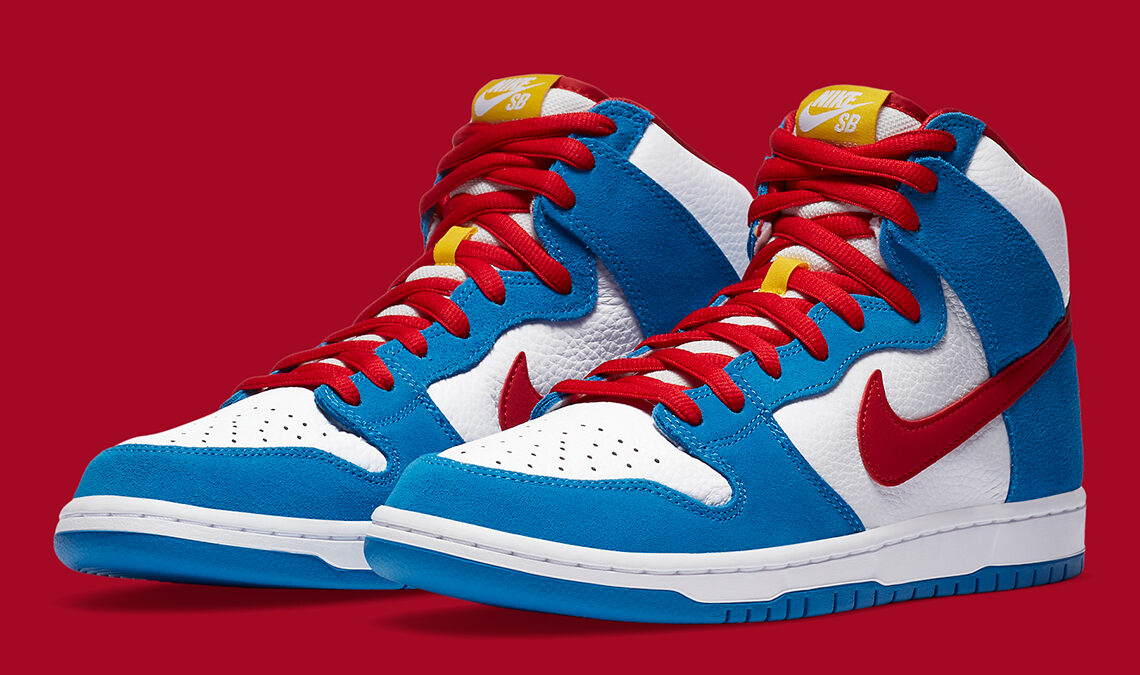 Nike has been producing some jaw dropping SB’s since last few years but this year Nike SB’s have peeped in for some legit inspiration from one of the prominent characters of the kids animation realm that is “Doraemon”. After producing Batman inspired from Nike air max,

Nike has come up with another silhouette influenced by one of our favourite childhood stalwart character disclosed by Kevin Perez couple of months ago. The colourway is predicted to be released soon, as the official images are released today. The pitch dark red swoosh and the laces scrutinizing blues packing the entire image of the ostensible character. The whole robotic cat’s features has been summarized in one silhouette giving a bit of UNC’s vibe. The whole tumbled white leather underlays and blue suede completing the look. The shoe lining is red and tongue patched with yellow coloured label signifies to the bell that slides down from Doraemon’s neck. These are expected to release in September 2020.