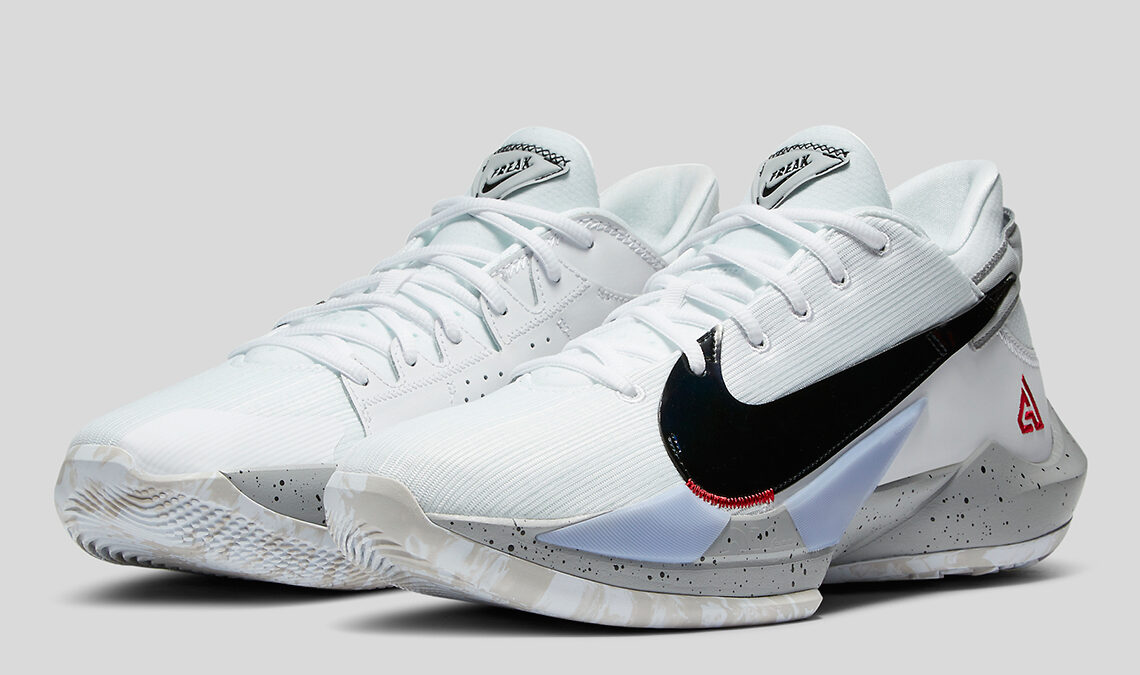 Even though being the recipient of Defensive Player of the Year, Giannis
Antetokounmpo should care less about hooping right now. This is the reflection of the actions he and his Milwaukee Bucks team announced yesterday in starting the charge of avoiding any form of sports resumption in the wake of murder of Jacob Blake.

The rest of the NBA bubble season is still running up in the air, but one thing that’s certain is that the Greek Freak is against what is currently going on. Although not important at the moment, the 6’11 All-Star’s Nike Zoom Freak 2 has plans to increase its range over the course of the approaching months. Backdropped in a crisp white hue, these performance sneakers arrive with striking details such as the oversized black Swooshes, vibrant red heel logos, grey-speckled midsole decor, and camo-pattern tread mixed between white and a faint tan. Starting off the month of October, this clean “White/Cement” colorway — often seen on-court throughout this Orlando season — will be hitting the shelves. They are expected to hit Nike’s website in late October with a price tag of $130.

All about the New Balance 550 “White Multi-Color” release